We’ve previously seen Windows 10 mini PCs with a projector based on Intel Cherry Trail processor such as Sunty SP-001 and Partaker M3, but there’s now an Apollo Lake model coming soon, at least in China, in an interesting form factor. 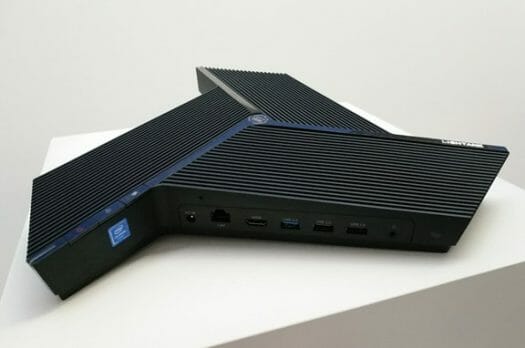 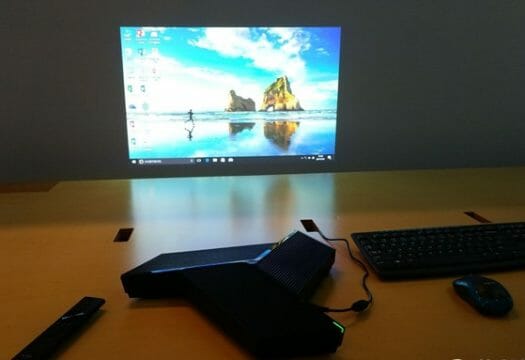 The projector comes pre-isntalled with Windows 10 and Office365, and boots in 30 seconds. It ships with a keyboard, and mouse. There also appears to be a USB miracast adpater that you can connect to your laptop to easily mirror your display on the projector. The microphone array allows to use Skype for business or other videoconference applications in meeting.

The promotion video (in Chinese) shows some of the use cases and features of the projector.

Lightank W100 will start selling for 4,999 RMB ($735) on JD.com on the 12th of July, but eventually it might be possible to purchase online worldwide via other e-retailers.