Earlier today, I discovered Cloudnetgo CR19 TV Box based on Rockchip RK3399 SoC and equipped with an external SATA port sold on GeekBuying. At first, I thought it was something completely new, but soon remembered that I had reviewed a very similar device: Vorke Z3.

At the time of the review however, the device was pre-loaded with Android 6.0, and while performance itself was clearly at step up compared to other TV boxes, video playback was rather poor, and there were too many bugs to my taste. Then I realized that the new device came with Android 7.1, and a quick search revealed Vorke Z3 had also received an Android 7.1 firmware upgrade late September. 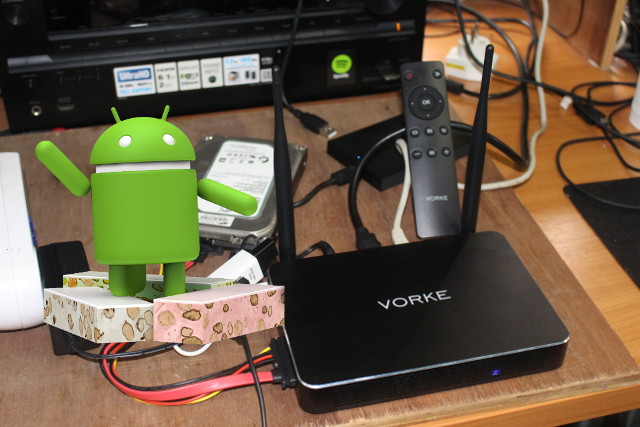 In case you own another RK3399 device still stuck with Android 6.0, it may be a good idea to check whether an update to 7.1 to available.