I was expecting devices based on Rockchip RK3399 hexa-core processor to launch by the end of this year, that is about right now, but finally it looks like products will only start the show by the end of Q1 2017, as Firefly-RK3399 development board is scheduled to ship to backers in March 2017, while GeekBuying has started teasing us with their Vorke Z3 TV box powered by Rockchip RK3399 with 4GB RAM slated to launch in February 2017. [Update: Vorke Z3 is now up for sale for $169.99 including shipping] 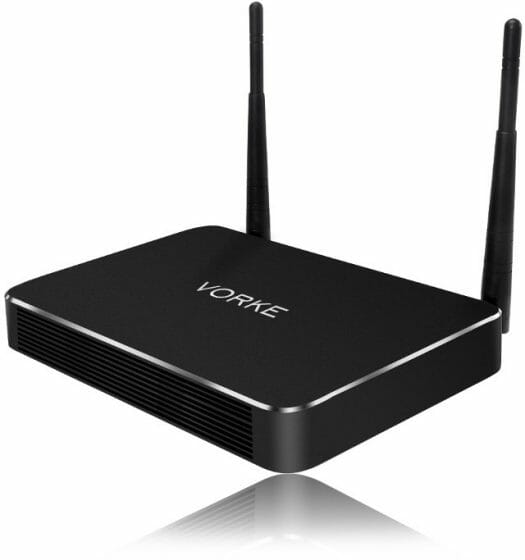 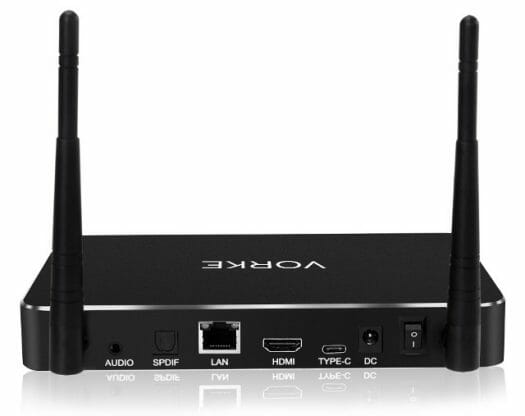 The box will run Android 6.0, and currently gets about 72,500 points in Antutu 6.x with 16,519 points for 3D graphics, 25,805 points for UX, 25,905 points for CPU, and 4254 points for RAM tests. There’s hope a good Linux support on Rockchip RK3399, as Google and Rockchip are working on RK3399 Chromebooks, actively committing code to mainline kernel, and Firefly has ported Ubuntu 16.04 to their RK3399 development board with 3D graphics acceleration, and hardware video decoding is coming. 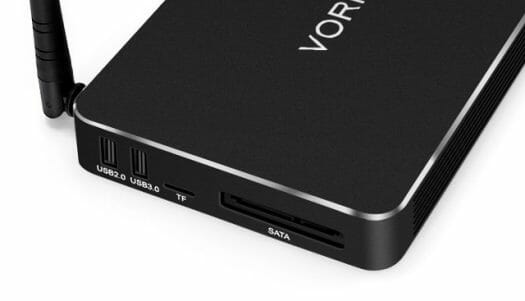 Price has now been announced yet, but for reference, Firefly-RK3399 development board with 4GB RAM and 32GB storage is now offered with all accessories for $199 on Kickstarter, and Remix IO+ TV Box also sells with 4GB/32GB configuration sells for $139 shipped, so I’d expect Vorke Z3 to sell for about the same price.

@taki
Rockchip RK3399 is not actually a TV box/STB SoC, so no TS interface, no HDR… But since it’s powerful I’m assuming many products will come out anyway.

We just need a simple board for the same price as other high end ones (60-70) with 2GB of RAM and it will sell like crazy ;).

I think that as a TV box, the Nvidia Shield with Tegra X1 is better; expecially at these prices.

@Gaetano
We have yet to see spec of the new Nvidia sheild box cnx has posted videos of today.

Allwinner and Amlogic just need to launch a premium soc with a higher spec games gpu that can handle widevine L1- 3 , 4k, 1080p, 720p and Blu-ray. These chips sell in millions and many people have asdl broadband still.

Just those more technically able and with fibre are more vocal in my humble opinion.

@nobitakun
The chip itself could be close to $40 at launch. That was the case for RK3288 ($35), so that price is a little too aggressive. Your best hope could be Mqmaker MIQI-2. They have not been very successful with MIQI (RK3288) despite a pretty good price, so we’ll see what comes out.

@Jean-Luc Aufranc (CNXSoft)
Out of stock at https://mqmaker.com/doc/introduction-to-miqi/

For me the Market needs a complete solution box, board, power supply and remote included.

Not a logical whay to look at it but if your box retails at £40.00 GBP and you could add a extra £15.00 to spend on GPU and improvement what could that get you?

Massively overpriced on their US site – $349?? You could buy a good i3/i5 laptop for that and dedicate that to being a TV/kodi box!

@Jean-Luc Aufranc (CNXSoft) Yes, I saw that – £89 or £115 pre sale; decent price. I THINK the £115 will go to £144 after the release – when I saved the page link from a sales website it showed that “144” number, with .xx as pence, looks like a price. I expect the Ugoos to be dearer – that amoled screen on it can;t be cheap, even if it’s just a small panel (what’s the point of it anyway, it’s too small to see anything useful, unless they plan a few BIG characters to show TV channel and time or… Read more »

haha – my stupidity… the “144” IS the US dollar price, the website auto-converted to ££

@Gaetano
I agree with you.

Ninth of March… where are they?

I see the others have been pushed back to “April release”…

By that time there’ll either be something newer or people will have lost interest.

Too early a hype and media release can work against them.

The box should become available at the end of the month, or beginning of May.