It’s been a while since I have seen an Amlogic S912 TV stick, and so far none of them would run Android TV operating system. But CCC Air Stick 4K does, meaning it supports Google Cast like a ChromeCast, as well as Voice Commands through a remote control.

The company also claims support for aptX and aptX HD Bluetooth audio, as well as online services such as Hulu, Netflix, Spotify, and some Japanese specific services, since the TV stick only targets the Japanese market. 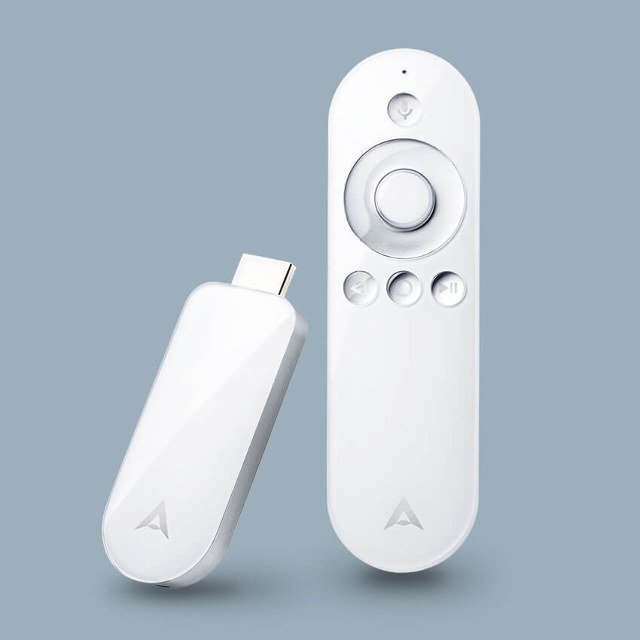 The dongle runs Android TV 7.1.2 Nougat, and should be upgrade to Android 8.x Oreo in the future. It ships with a remote control with a microphone for voice commands, a short HDMI male to female adapter, and an interesting power adapter with Ethernet (RJ45), and a USB type A port. The Ethernet port allows the TV stick to be used as a WiFi hotspot for up to 8 devices. 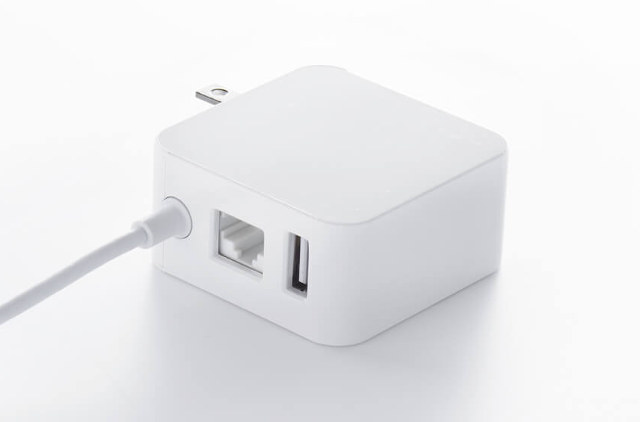 I had never heard about S912J, and web searches all point to the stick discussed in this post, so either it somehow got inserted by mistake, or there’s somehow a special version of Amlogic S912 processor for Japan, or TV sticks.

Via Android Police and thanks to Dave for the tip.

That almost have to be a multi-chip package unless the wireless is in the power adapter.

Could the J just be away for the maker to recognise the chip is solely for the Japan market, ie is it pre firmware flashed?

Interesting that it is advertised for Netflix, because it is said that Netflix doesn’t run on S912.
So, is it really the official Netflix app playing 4K, or just some stone old version with only 720p, as usual?

If µUSB, the Ethernet-plug could be interesting for other devices, too.

TC :
If µUSB, the Ethernet-plug could be interesting for other devices, too.

@lvrp16
I think the idea is that if Ethernet is used, the wireless built in to the stick can be in AP mode….

日本国内にお住いの方のみへの販売。
Restricted to Japan residents only.

My friend sent me one from Japan. No Netflix and Golf Plus channel yet (They stated on webpage that both will come with firmware update)

Bit faster than MiBox (which I also had). The adapter works as ethernet port which automatically switch wifi to access point mode when cable is connected.

Looks forward to Netflix update and I think would be good choice for Mi Box replacement.

Also power adapter is 100-240V which works well in Thailand where I live. No need for step down transformer.

Update : On Tuesday latest firmware arrived via OTA. And included netflix hd , after brief test it is working flawlessly like on Nvidia Shield. The Android version is still 7.1.2 anbd security patch is October. So it can be considered as very good alternative to chromecast / firetv stick. A little upgrade over MiBox.

@OldPoem
Thanks for the useful feedback.

Just to make sure, can the interface be switched to English (or another language) easily, or do you have to know Japanese to use the stick?

@Jean-Luc Aufranc (CNXSoft)
Gui canbe selected between Japanese and English (No other language available). The setup can be done in english, you need no japanese language knowledge to use the stick.