There was a time when most TV boxes would run Android operating system for mobile with lots of modifications to make it suitable for the big screen, except for a few models that would run the official Android TV operating systems. But things are now changing, with announced from Geniatech, WeTek, and others all announcing certified Android TV set-top boxes and media hubs.

We’ve even been told Amlogic will now only provide Android TV SDK from now on with no support for “normal Android”, and the good news is that inexpensive TV box running Android TV will become common place, and one of those devices, MECOOL M8S PRO W is the cheapest I’ve seen so far going for $37.99 shipped with coupon DSJMVRWB (pre-order) 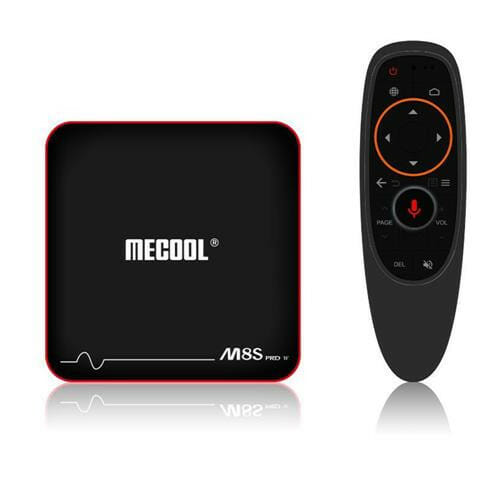 Beside Android 7.1 OS, the device is also said to be preloaded with Kodi 17.3, and StbEmu app making it compatible with most MAG25X IPTV stalker protocols. The device ships with a voice remote control, a power adapter, a HDMI Cable, and a user manual. 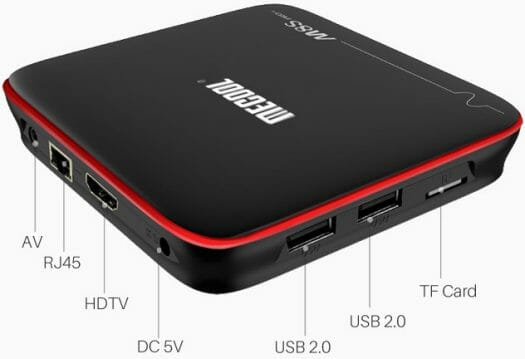 There are some reviews of MECOOL M8S PRO W on the web, but all the ones I’ve checked run “normal” Android 7.1, while the page on GeekBuying mentions “Android TV 7.1” several times and even show Leanback launcher, so the firmware must have been updated. It’s also worth noting only the “M8S PRO W with voice control” shows “Android TV 7.1” as the operating systems, and other option with the voice remote control only seems to run “Android 7.1”, and are already for sale instead of pre-order.

This device can play netflix in full HD?

@Leo
No info about that in the product page. However, “MECOOL M8S PRO Plus” model is said to support Netflix HD, so maybe.

I’ve asked the company (Videostrong), we’ll see if they answer.

As far as I remember you still must not have jail broken, hacked the secure boot of a TV box for Netflix to work. So make sure any box has a secure boot if you want Netflix. Mecool IMHO have up their game with box style, just sad that M8S Pro or different compinations of, have been used with so many different chips. Since you mention StbEmu, as you say IPTV is the main market. I often wondered where all those Sunvell R69, Allwinner h2, Android 4.4 boxes sell. Recently noticed they are sold in to IPTV market a lot.… Read more »

Yes, I think that from now on, only AndroidTV boxes would be released (at least when concerning models using AMLogic SoC). That’s a good thing! The thing I am waiting for is a revised KI-Pro model (based on S905D or better, and of course with a DVB tuner), with Android TV 8. I hope VideoStrong would release such a model soon. Geniatech has a similar model, but with less hardware features than those the KI Pro has, and it only has Android TV 7. Would all these generic Android TV boxes receive the update to version 8? Or maybe like… Read more »

@Ron
With cheap boxes < £30 , I suspect most will want you to purchase a new box, so as to cover development costs?

And I’m asking about certified AndroidTV boxes.
Does the certification come with a commitment for future updates for some time (like 2 years)?

Amlogic is aiming to support Android TV and getting certified by Google. That is certification of their SDK. Manufacturer such as VideoStrong (Mecool) must also license their hardware with Google which is not cheap. Easiest way to check if Android TV on device is certified is to check if Chromecast is working or not – if not then it’s not certified Android TV device. @Leo As I was told, Netflix certification is PITA and depending on region you are selling in, you have to pay fee for XY devices that you plan to sell annually to receive your ESN number… Read more »

Note the ANDROID TV is only listed on Gearbest, a dubious site at best

@paul zamon taraneh
The site is GeekBuying, but yes they are the only ones I’ve found so far with a pre-order page for the Android TV version.