A new Android TV device has shown up on the FCC website, and generated quite a lot of buzz last time online with the source of the story originating from Reddit or Ausdroid, and picked up by many blogs because the device comes with a “G” logo that looks like the one Google might use…

But in all likelihood it should just be another TV stick running Android TV OS, and the FCC listing has been submitted by Shenzhen SEI Robotics, an Android TV box manufacturer. The device is based on Amlogic S905X processor with 2GB RAM, and looks like a mix between the ChromeCast and Amazon FireTV 2017 with its short built-in HDMI cable and rounded shape. 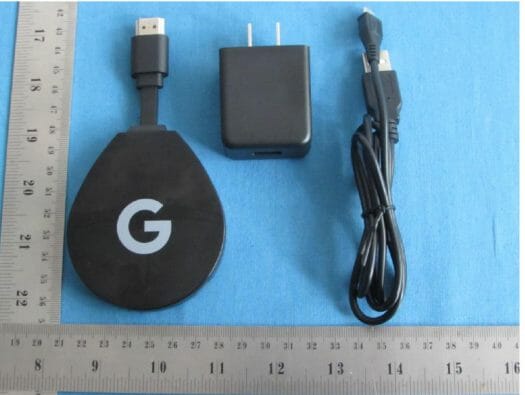 Beside the 5V/2A power supply shown above, the dongle also ships with a voice enabled Bluetooth remote control, accompanying batteries, and a user guide. 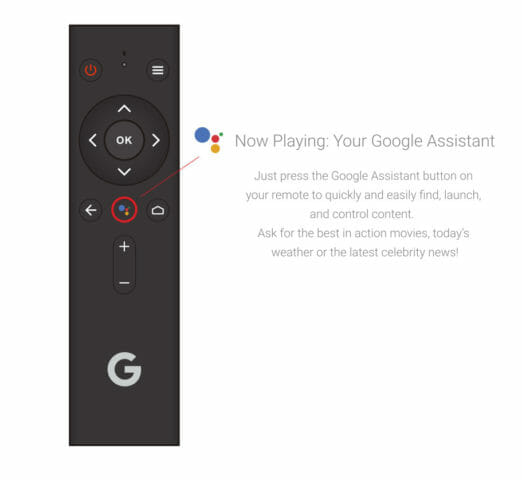 Some claim it runs the latest version of Android TV (8.x Oreo), and it’s likely it’s running Android TV instead of just Android since it works with Google Assistant, but I could not find specific information about the version. We really just have the screenshot below from the user manual. 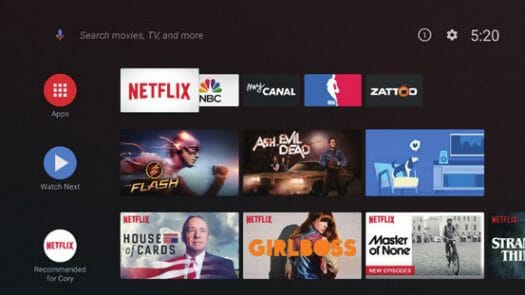 While I really doubt it will ever become a Google product like some have speculated, we should eventually start seeing it on Alibaba, and then Aliexpress and other Chinese e-retailers.

Might be nice if it is cheap and can run libreelec.

If it’s ATV licensed device, it won’t be that cheap in my opinion. They have to be profitable, cover licensing costs (ATV, Widevine, HDCP, Netflix maybe…)

AFAIK Amlogic doesn’t support GMS anymore (officially) and they are focused on Oreo for quiet some time now. Also they do have cpl SDK releases based on Oreo 8.0 so I wouldn’t be surprised to see Oreo ATV.

Looking at the spec it’s like a almost direct refresh of Xiaomi’s Mi TV MDZ-16-AB box, the first (and only?) box from Xiaomi running Android TV. It’s the same memory, same SoC, just a redesigned PCB to operate as a dongle and a refresh of the Remote control (same physical design, but with IR added and an additional button). Begs the question if SEI Robotics wasn’t also the ODM of the Mi TV box (at least it would explain why Xiaomi completely abandoned any maintenance of the device), and now just refreshed the design for a direct deal with Google.… Read more »

I still think Amlogic are really failing by not making more of their SoC fully Linux compatible as possible. The TV box market has a finite size. Their SoC can have more uses.

How does this compare to similar hdmi dongles? like the H96 Pro Mini ?

See https://arstechnica.com/gadgets/2018/04/mysterious-google-branded-4k-android-tv-dongle-shows-up-at-the-fcc/ for more on this. And note the update where the FCC listing was changed to Long Term Confidentiality, so this may in fact be a future Google branded device.