Kinect started as as motion sensing input device for Xbox 360 & One game consoles with an integrated webcam, infrared projector, and a microphone array, which enabled it to detect depth, motion, and voice from gamers.

But it also become popular with maker projects due to price and capabilities, and was even found to be a worthy microphone array for voice commands. The third generation of Kinect went into Hololense mixed reality headset, and Microsoft has just unveiled the fourth generation Kinect with Project Kinect for Azure. 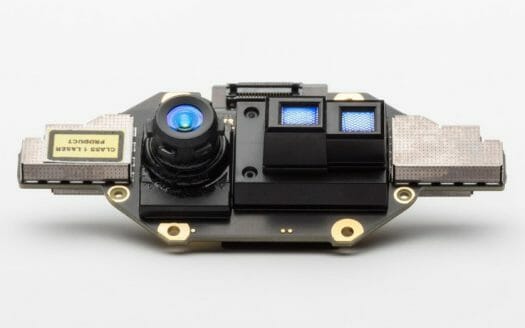 As you’d have already probably guessed, Project Kinect for Azure integrates with Azure cloud and edge platform, and will “unlocks countless new opportunities to take advantage of Machine Learning, Cognitive Services and IoT Edge”.  Some potential applications include automation for cost savings in the security, healthcare, and manufacturing sectors, robots and drones with obstacle avoidance & automatic navigation, and holoportation for “real-time communication at real-world scale”.

Information on the project page is rather limited  as this time, but you can sign-up to get news and updates on availability.

I am wondering how fast will it take to implement some open source driver for Linux for it.
3….
2….
1…

Might be nice to build a 3D scanner to