So Leon ANAVI got back to the drawing board and designed a similar open source hardware board – called ANAVI Light Controller – with an built-in ESP8266 module that removes the need for a fully fledged Linux board. 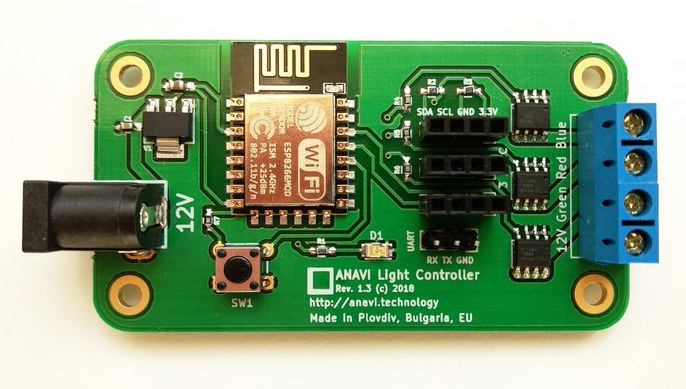 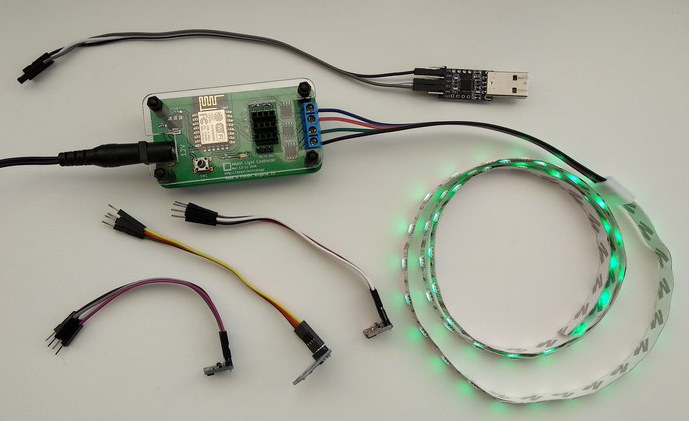 The board can be programmed with the Arduino IDE or Home Assistant, and controlled with MQTT or any modern web browser. Since the project is open source hardware, all KiCad & OpenSCAD hardware design files and open source firmware can be found on AnaviTechnology Github account.

The project has just launched on CrowdSupply with a symbolic $1 funding target.  If you just need the board, a pledge of $25 will do, but for a complete kit (minus power supply), you’d need to pledge at least $39 for a starter kit with an LED strip, acrylic case and a USB to serial debug cable.  The $59 Developer kit will be more fun to use as it also adds all 3 sensor modules listed above.  Shipping is free worldwide, and delivery is planned for end of August to end of September depending on rewards.