There seems to be a trend now to add such AI accelerators into what some refers to as mid-range premium smartphones, and Qualcomm Snapdragon 710 mobile platform is another of those processors placing itself between mid range Snapdragon 600 series and premium Snapdragon 800 series. 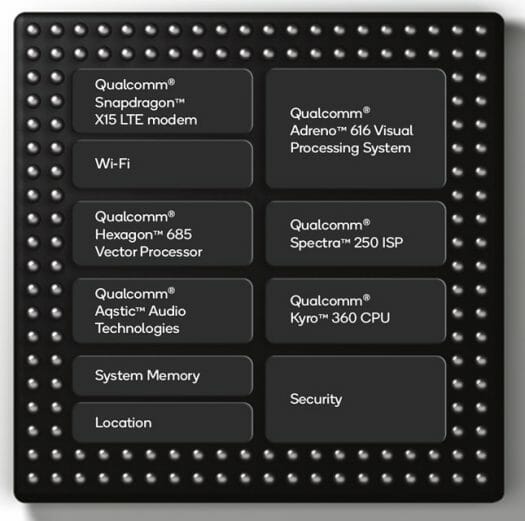 Anandtech provides some extra info about the processor part, with a high performance cluster of two Kryo 360 processors derived from Cortex A75 and clocked up to 2.2 GHz, and a power efficient cluster with six Kryo 360 cores based on Cortex A55 IP and clocked up to 1.7 GHz. 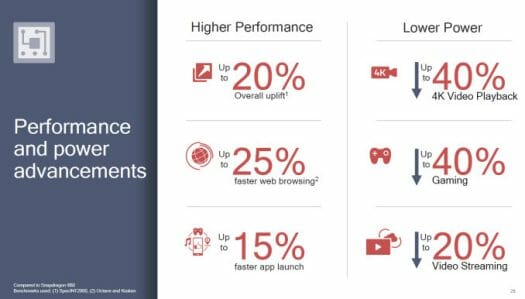 The Snapdragon 710 is a successor to the Snapdragon 660, and Qualcomm states the new processor is up to 25% faster for web browser, up to 40% more efficient for 4K video playback and gaming, and twice as fast when it comes to AI applications.

The Snapdragon 710 Mobile Platform is expected to be found in consumer devices in Q2 2018.

I was working @ Qualcomm when the VP of marketing or whatever said noone would ever need 8 cores. Figured that wouldn’t last.

Looks like this system has symmetric cores, all the same, not a collection of fast and slow ones. They took their power management back into hardware a couple years ago, and it must be working well to allow them to make all of them full featured, rather than a mix.

Exactly, that’s a highly-asymmetrical dynamIQ design. I think the times of 2×4 A53/A55 setups in mid-range are approaching their end.. Who’d have thought getting litho down to 10nm would allow ‘big’ cores in mid-range phones.. ; )

Since dynamIQ claims to cure the big little high speed over heating problem, will we see a 8 x A55 TV SoC at a higher 14 nm?

DynamIQ addresses the big.LITTLE partitioning limitations, not sure what you mean by ‘overheating problem’ — what overheating, in what cases?

People still don’t need 8 cores in phones. This is just for marketing purposes and cores are cheap.