ITEAD Studio very recently launched their Sonoff S26 WiFi Smart plug as a more compact and cost effective upgrade to their Sonoff S20 smart sockets, and which comes in 6 different versions for China, Australia, the United Kingdom, the United States, Europe type F for Germany, Austria, the Netherlands, Sweden, Finland, Norway, Portugal, Spain and Eastern Europe, and  Europe type E for France, Belgium, Poland, Slovakia, the Czech Republic, Tunisia and Morocco. You can find the one that suits you most on World Standard website.

I was interested in getting the device, mostly to check the hardware design, so the company sent me one sample to try out.

Sonoff S26 comes is a white package with Sonoff branding. 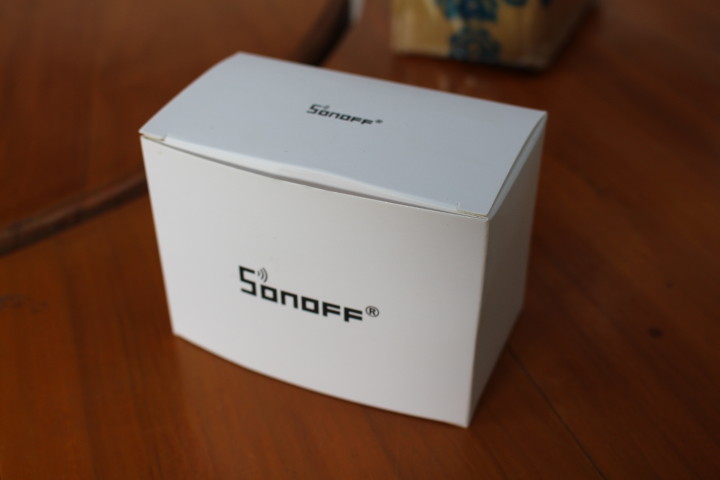 I received the US type plug (S26B model) which includes a ground pin on both side, so it’s not suitable for most sockets here in Thailand that do not come with ground, but no problem, I’ll use a power extension.

We can also see the CE logo but nothing for FCC. Interesting for a supposedly US plug, but maybe that’s because they are in the process of applying for FCC certification. The company has not done any TUV, ETL or UL safety certification yet, so at this point, it’s the job of the community to check for any safety issues, and it may cause trouble with your home insurance in case of big problem (like fire).

A user manual is also included, and since Sonoff S26 should be functionally the same as Sonoff S20, they did not bother to change it with the model shown as “Sonoff S20”. They details user guide is available in English, German, French, Italian, Spanish, Japanese, Russia, and Portuguese here.

ITEAD has not made it hard to open the device, nor use the sticker “trick” to void your warranty if you open it. Just remove the three screws on the cover comes off very easily. 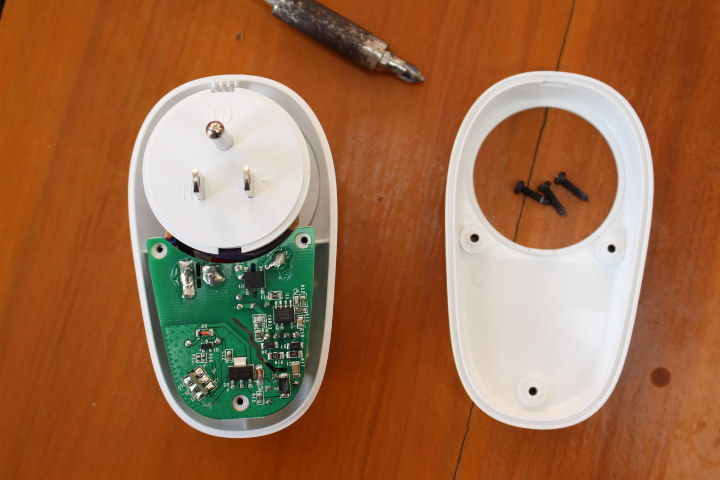 There’s thick solder on the high voltage pins and a gap between neutral and live pins, which should be a good thing. That side of the board includes three main chips:

Sonoff S26 is also based on Espressif Systems ESP8266 WiSoC, but if you plan to tinker with it by connecting the serial soldering will be a little more difficult than usual since it has be done on solder pads. Sonoff-Tasmota community discussed about the plug and said the current firmware should be compatible. If the stock firmware to Sonoff-Tasmosta OTA method still works, you would not even need to open the smart socket to switch to the open source firmware. I have not tried it (yet) as it takes some time to setup everything. 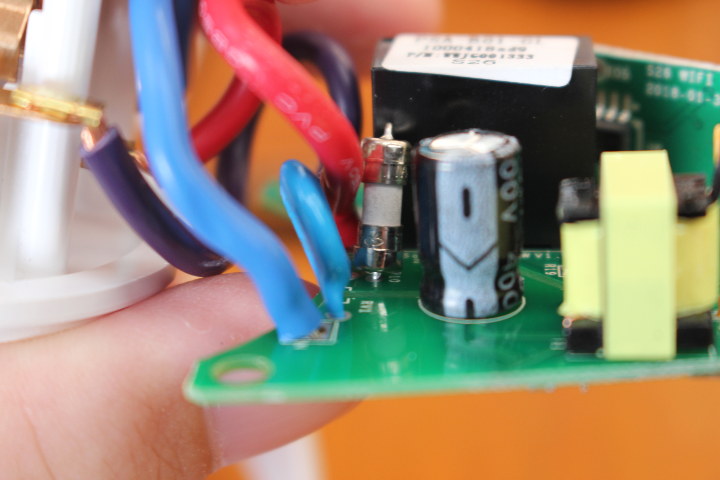 One person expressed concerns about the lack of fuse during S26 announcement, but as we can see on the photo above, there’s one fitted, it’s just not made to be user replaceable. I would still be possible to replace it but soldering is required. For reference, the plug is rated 2200W, 90-250V/10A max. So if you connect anything more powerful than that, the fuse should blow up preventing any risk of overheating and fire.

We’ve previously tested eWelink Android app with other Sonoff devices, including support for Google Assistant, Alexa, and iFTTT, so I won’t go into to many details, but I still tried it.

Pressing the button for 7 seconds on the smart plug makes it enter pairing made, and within a few seconds to a minute, I could easily add the device in eWelink app, and start using it to turn on and off the fan.

So it works just like any other eWelink device, and from the look of the hardware design it looks to be designed safely, including with an enclosure made of fire-retardant material.

Sonoff S26 is also aggressively priced as the US type plug I received sells for just $8.50 plus shipping. The China version is the same price, but the EU, AU and UK versions – which you can purchase from the same link – go for one dollar more at $9.50.