NetBSD on Arm started in 2014 with the release of version 7.0, and last year device tree support was implemented and tested on some Allwinner H3 boards.

But apparently, so far NetBSD only supported 32-bit Arm, with initial support for 64-bit Arm (ARM64) committed last April, but good progress has been made, and NetBSD ARM64 bootable firmware images are now available with SMP (multi-core) support. 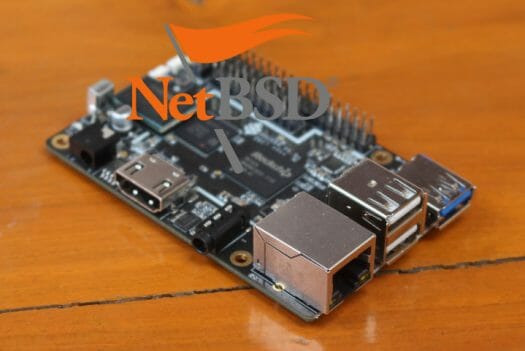 The supported hardware matrix shows most features are supported, but there are still a few things missing such as GPU, crypto and MIPI CSI on all platforms, USB OTG is still experimental, and PCIe support is missing on Allwinner H6.