We’ve previously seen new TV boxes based on Amlogic S905X2 and S905Y2 processors, which mostly brings a more recent, but not necessarily more powerful, Mali-G31 GPU with OpenGL 3.2 support, and a USB 3.0 port not available in Amlogic S905/905X based TV boxes. S905X2 and S905Y2 are pretty much similar, and the main difference is that S905Y2 does not support Ethernet, so it’s only designed for WiFi/Bluetooth TV boxes and dongles.

So far only generic OEM models were announced, but Beelink has now introduced their own S905X2 TV box with Beelink GT1 MINI featuring 2 to 4GB RAM, 16 to 64GB flash, and a voice enabled remote control / air mouse that works with Google Assistant. 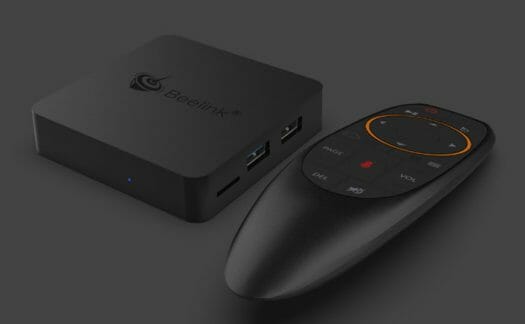 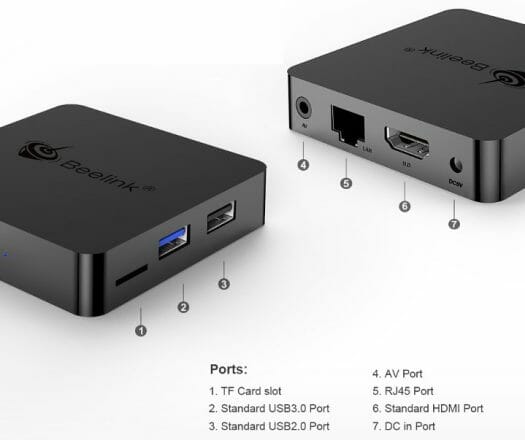 The box runs Android 8.1, so apparently not Android TV, and ships with a power adapter, an HDMI cable, a user manual, and an air mouse by default. AS previously mentioned the air mouse support voice function & integration with Google Assistant, includes a 6-axis gyroscope, and works over a 2.4 GHz connection.

If I remember correctly Beelink had pretty good designed Amlogic boxes. This should be ok box. I just hope they fixed stock Oreo 8.1 SDK that comes from Amlogic. It does have few issues that I found.

Issues? What do you mean?

Thanks for posting this CNX 🙂

This should be one of the more known boxes available with a good track record. I remember CNX reviewed the GT1, perhaps this Mini is on the cards aswell?

Good to see that DDR4 memory is becoming more standard: Even at 2 GB, this should do well for games, whilst 4 GB allows you to play games that require more than 3 GB ram, like ARK.

A review from myself is unlikely. The government where I live has made it very hard to get TV boxes from overseas since last year. There’s a license to acquire. It’s only $2.5 per box, but the paperwork and travel required is prohibitive in my case since I don’t live in Bangkok. I only way I could realistically get one would be from a local reseller in Thailand.

this was a very sad year regarding android boxes, havnt seen much improvement and new boxes into market as compared to last year 2017, not to blame all companies but nvidia also did not released anything this year. I wish we had sometimg new and extra-ordinary on table that works perfect and different than all these boxes like something with Amlogic S922 or samsung Exynos 5 and Oreo. Heard even rockchip 3399 boxes has issues/bugs too.

The Beelink gt1 mini is a garbage box, there’s not sleep mode and no more hdmi cec, the os is only 32 bits.