Intel is not the only company selling neural compute sticks to accelerate artificial intelligence workloads at low power, as Gyrfalcon introduced their Laceli AI Compute Stick based on their own Lightspeeur 2801S matrix processor earlier this year, but it was not exactly easy to buy. Even the company’s latest PLAI Plug USB3.0 dongle (new name for Laceli AI Compute Stick?) and PLAI WiFi AI wireless accessory announced just  a few days ago are not that easy to purchase, as they require you to fill a form with your project details before being able to buy anything.

But thanks to Shenzhen Xunlong Software, the Orange Pi boards maker, it’s now much easier to experiment with the technology since they launched Orange Pi AI Stick 2801, based on the same Lightspeeur 2801S ASIC found in PLAI Plug, but sold directly on Aliexpress for $69 plus shipping ($73.97 in total here). 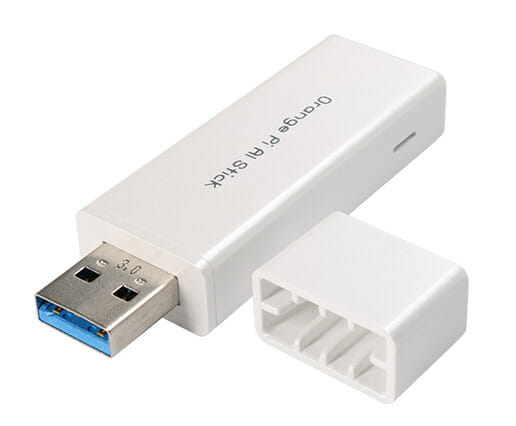 The stick supports Caffe and Pytorch frameworks, is said to work on systems running Ubuntu 16.04 with at least 2GB RAM, 4GB flash, and to be compatible with Allwinner based Orange Pi development boards. However, If the 2GB RAM is a must, then it will limit the number of usable boards, and if USB 3.0 is preferable, then AFAIK there are no Orange Pi boards with both USB 3.0 and 2GB RAM… 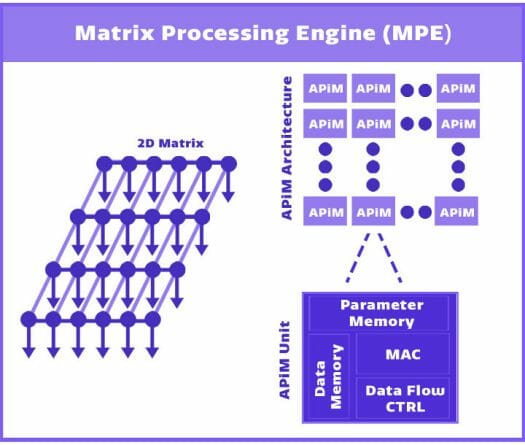 So now the hardware should be easy to get, but as is often the case, Orange Pi did not mention anything about software and documentation in their Aliexpress page, nor their website. Gyrfalcon provides both a software development kit (SDK) to train AI models with your own data-sets, as well as reference training models to quickly get started with facial recognition, voice authentication and image classification. The only problem? That’s not public, and you need to fill the same form as discussed in the introduction to request access to the software tools. Back to square one! At least for now, I’m hopeful that at least some software and documentation will be publicly released in a few days.

Now the competition is really starting! I was happy to see the new Intel Movidius stick a few days ago and now this! The performance sounds really good, even though they should add under which conditions (INT8 inference? Or INT4?) they achieved the 5.6 TOPS max, since that’s really quite a lot. The OrangePi RK3399 board would be a good partner for this, even though it’s lacking the usb 3 slot, so probably reducing speed, but for inference this should not be a large problem unless it uses the ram on the host machine (I can’t really see the detailed… Read more »

> The OrangePi RK3399 board would be a good partner for this, even though it’s lacking the usb 3 slot

The product page mentions ‘1 x USB3.0 Type-C’ but I don’t know in which mode the port is driven (OTG or host). Also no experiences since Xunlong AFAIK never sent out developer samples of their RK3399 board.

> AFAIK never sent out developer samples of their RK3399 board.

They finally arrived last week in a limited quantity. I guess they must have troubles. PCB revision is already 1.5. Haven’t boot them.

While the Aliexpress page only mentions Caffe and Pytorch, the “fill a form” and processor pages both list Tensorflow as well, So it should be supported too.

Orange Pi AI Stick presentation confirms TensorFlow support is coming. They also show the stick being with a laptop and a Orange Pi RK3399 board.

This is a much more effective way to get that 4G IOT camera….
https://www.aliexpress.com/item/UMIDIGI-A3-Global-Band-5-5-incell-HD-display-2GB-16GB-smartphone-Quad-core-Android-8/32924834226.html

The concept of the OrangePI 4G IOT board was sound, but the execution has issues. That Umidigi phone uses a more recent CPU from the same Mediatek family, has world LTE bands (works in USA), and it has Android certification. Plus you get a screen and battery to boot.

The Allwinner V5 has a similar 2D AI processor on it. But there are no tools anywhere to be found for programming it and there is no documentation so that tools can be written. The V5 chip does come with a small collection of prebuilt models.

How is the performance for the Dynamic Target Detection Algorithm eg: perimeter detection or illegal parking ?
Is Lindenis V5 worth the money?

We have not investigated to that detail yet. Currently we are working on detecting people in motion. Another thing we haven’t gotten around to is depth perception. The V5 supports dual 4K cameras in binocular vision mode and it uses parallax to compute a real-time depth map of the scene in hardware. Lindenis hardware is working with zero issues. The basic software and demos all work. For sure it is worth $100 to check the chip out. Note that if you want to process analog cameras you will need the Sochip dev board. We have one that we don’t need… Read more »

Same here. We have two Lindenis V5 and it’s working like a charm.

Orange Pi, pls make a cheap H6 board with usb3 and gigabit ethernet combo. Thank you.

SInce Intlel Movidius X wont’t support ARM this could be an interesting alternative !

Just like with NCS 1 announcement, Intel did not make it clear it works on Arm, but soon enough we found out it did: https://www.cnx-software.com/2017/08/02/intels-movidius-neural-compute-stick-supports-raspberry-pi-3-board/

Some answers from Steven (Orange Pi) after I asked about software support:

We are preparing the information about the product of $69, it will be published on our website soon.

Besides,there will have a extra technical service of USD149 for Model Transformation Tool and PLAI Training tool,which will require customers provide their info to us so engineers could support them.

That’s a really good news! Did you ask them if it can work with other board than orange pi, like RockPro64 ?

Orange Pi are so renowned for their software report