In recent years, I’ve found smartphones releases mostly underwhelming with some incremental improvement in performance, better cameras, the removal of the 3.5mm headphone jack, and in some case a notch appeared in the design for the camera, but nothing that radically changes the market. 2019 may be a different year, as smartphones with foldable displays will be launched, and some companies will introduce smartphone without any buttons, nor ports. 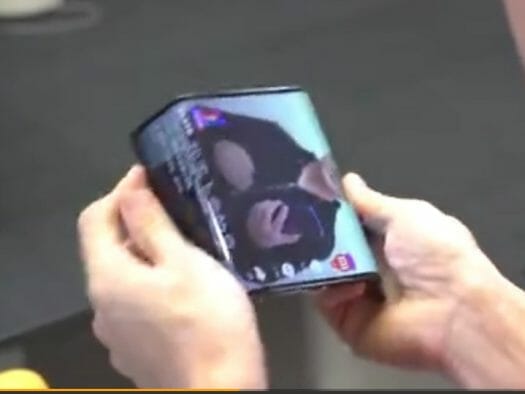 So far at least four companies have announced plans for foldable phones as Google is implementing foldables support in Android. We’ve already covered Samsung Infinity screen in the previous link, but there have been reports a new $1,5000 Motorala Razr phone is coming up with a foldable display, and a Royole FlexPai prototype was demonstrated at CES 2019 with a 7.8″ AMOLED display that folds in half and a Qualcomm Snapdragon 855 processor. The latter is actually the first foldable phone you can purchase, and it will cost you a cool $1,588, so those foldable smartphones are not meant to be cheap.

Xiaomi’s CEO has also just shared a video about a foldables prototype, but the company did not commit to any release date, or even ever manufacturing the phone.

Look what it is! The Xiaomi Foldable Phone! This video was posted by Lin Bin, president of Xiaomi . Confirms what we saw in the video @evleaks posted earlier! This actually looks amazing and XIoami is looking for a name for it: Mi Mix Flex, Mi Dual Flex, etc. Thoughts?#Xiaomi pic.twitter.com/F3y2jBkxrp

The phone folds like a wallet in three parts, and when fully opened is used like a tablet. All those “foldables” will probably be a niche market at least at first due to the pretty high price of such devices.

There may be another trend going on as well for 2019. Phone without any buttons, nor ports. The power button, the volume buttons, as well as the USB port will all be gone in Meizu Zero phone thanks to wireless charging and Bluetooth headsets 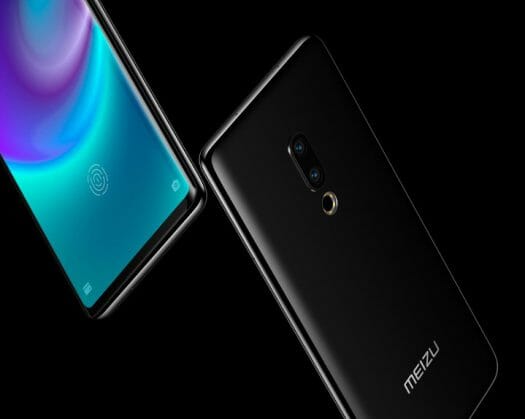 You’d turn on (and off) the device and control the volume through touch-sensitive sides (mEngine 2.0 technology), charge the phone using 18W wireless fast charging, and a SIM card slot is not even needed since Meizu Zero comes with an eSIM (Embedded SIM card).

The fingerprint sensor is built-in into the display, and there’s no notch for the camera, since the 20MP front-facing camera is placed in the phone’s thin top bezel. There’s also a 12MP + 20MP rear dual camera on the phone that is powered by a Qualcomm Snapdragon 845 processor. The phone is also rated IP68 which may have been made easier due to the lack of external ports and buttons. Meizu did not provide any release date or pricing for their phone.

I’m surprised it’s taken so long to have a no-button/no-ports phone. It’s always seemed like the logical next step and I’d be pretty excited to have something like that if the price is attractive and the battery is large enough. I’m not sure it’s completely rational, and maybe the drawbacks are clear, but I’m willing to give up quite a bit to finally never hard to deal with cables. It’s just so sexy and futuristic 🙂 On the latest Ubuntu releases I’ve finally had zero problems using Bluetooth, and with KDE Connect I basically never use the USB for data… Read more »

The killer app for folding phones seems to be the ability to transform a pocketable phone into a full-sized tablet. And as you said, waterproof and durable. Pretty neat.

So I guess when they brick you toss them in the bin. Well I guess they’re just designed to be tossed in the bin; technology that should last for years is intentionally hobbled and destined to become a very expensive pollution problem that somebody else will pay for. At least the flexible display technology can hopefully be used for something actually useful and practical: like a screen that wont crack. Rather than junk gimmicks like this that are just another point of failure. You can just hear the anguish of the silly over-paid tech-derps that buy the first runs of… Read more »