I shortly discussed GPD MicroPC, a portable computer specifically designed for for network engineers and sysadmins in a post about the company’s Pocket 2 Amber Black mini laptop, but I did not go into details at the time since it was not available.

GPD has now launched a crowdfunding campaign on Indiegogo for the portable Gemini Lake mini PC, where you can pick one of the 2,000 units that are available for $299 including worldwide shipping. 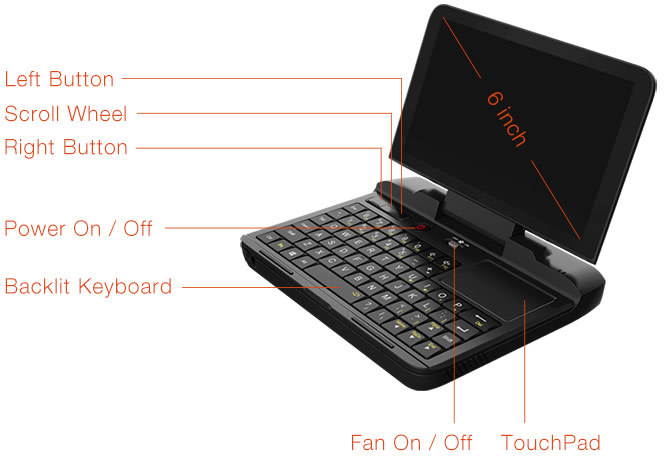 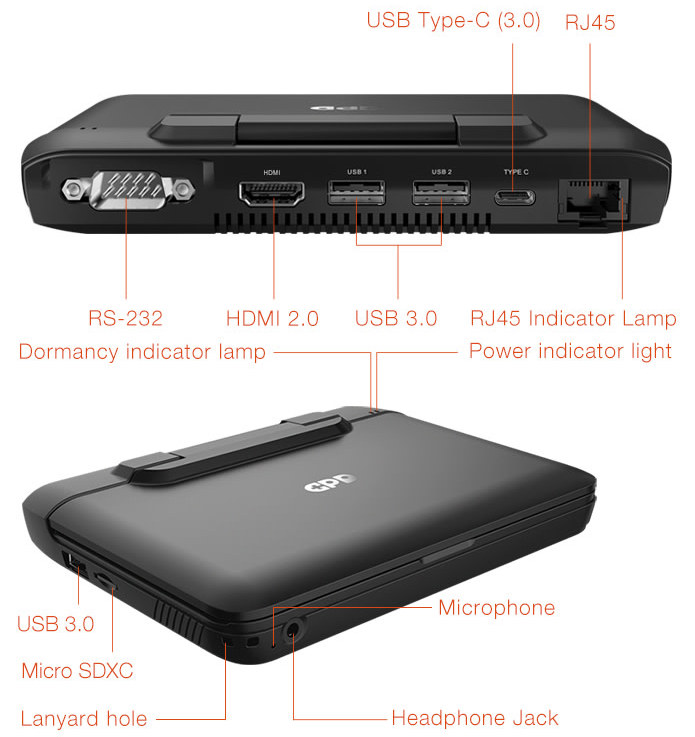 The actively cooled mini PC comes with Windows 10 Pro, but the company claims to have a strategic cooperation with Ubuntu MATE, and users will be able to download and install Ubuntu MATE 18.10 from the GPD official website and crowdfunding update area.

GPD sent early samples to several reviews, and for instead, Liliputing tested both Windows 10 and Ubuntu, and he ran into troubles installing the non-customized version of Ubuntu, with MicroPC’s Ubuntu MATE 18.10 having yet to be released. Brad Linder also reports GPD MicroPC is the cheapest “mini laptop” you can buy, with many ports, but the lack of webcam and  touchscreen may be an issue for some people.

The Phawx also posted several videos about GPD MicroPC, including the review embedded below.

Reading this CNX gave my a few out there ideas. I wonder what a mini laptop running a Amlogic s905x2 and / or Amlogic s922 derived SoC would cost?

I don’t think it would be too expensive if you’re prepared to compromise on it not being perfection.
here’s one someone prepared earlier:
https://www.youtube.com/watch?v=ndflyslzAEU&t=124s

Only a fool would buy a RPI tart. This is much better

the problem with that notebook is the keyboard… it SUCKS. Mine is almost on the trash bin.

My mind is blown that something this ridiculously stupid has already raised $200k. For the life of me I cannot fathom any use case for this contraption. An ASUS Transformer Mini and a couple of dongles would be a better idea.

It may be stupid for you, but for me it’s a perfect tool to do my job. It’s tiny, so I can use it with one hand and do stuff with the other (no, that’s not what you’re thinking of, you perverts!) , it comes with a Pro version of Windows, so it can be domain joined, it’s got a serial port, a real f**king serial port! There’s loads of equipment that dislikes any USB-to-RS dongle that you throw at it and only the real thing will do. It’s a laptop I’ve been dreaming of for years and it’s only $300 right now.

I your feeling, looks great for PLCs and some HMIs on the field… but just for debugging, no real work, imho