GPD XD Plus handheld Android game console launched about nearly one year ago with a MediaTek MT8176 hexa-core Arm Cortex-A72/A53 processor, and a 5.0″ display, and is now sold for under $210. But there’s now another portable game console that appears heavily inspired from GPD design, but featuring a low end MediaTek MT8163 quad core Cortex A53 processor instead, as well as a slightly larger 5.5″ display. Meet POWKIDDY X18. 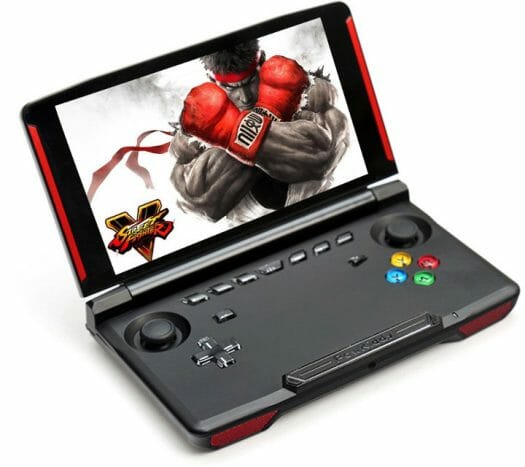 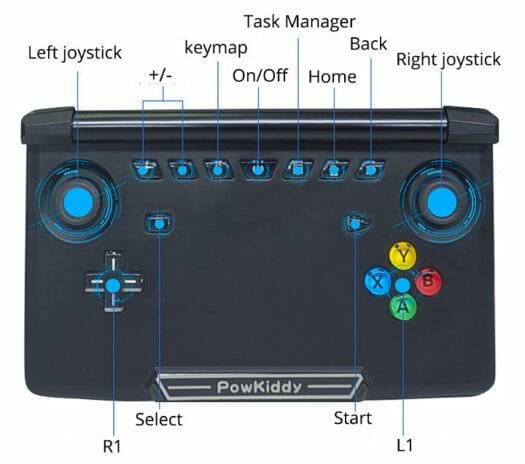 The console runs Android 7.1, and ships with a Chinese and English Manual, and a data cable. I was first informed the console was listed on GeekBuying for $139.99, but you’ll also find it on GearBest and Aliexpress for $120 and up shipped.

Somebody already published a video review of the game console, and the conclusion is that while the quality is not that good, but overall the device fairly good for the price with a good display, and you may consider it

This seems like the MT8163B. There’s also the MT8163A which does 1.5GHz and a slightly higher GPU clock.

Same CPU A53 cores and GPU T720 as a Allwinner H6, there are H6 3 – 4 GB TV boxes going for £30 or less on Aliexpress. Get a wireless controller and download emulators.

Now if Powkiddy x18 had Linux and a keyboard?

It has a 51hz screen which makes it useless for accurate NTSC roms emulation.

But enough for Pal and Secam, maybe if sells well they might do a update?