Bluepill is a popular STM32 Arm Cortex-M3 development board in a compact form factor, and can be programmed with the Arduino IDE thanks to STM32duino project. A key selling point is also its ultra low price since it is now available for $1.67 including international shipping.

I’ve now been informed a similar board is available, but instead of an STMicro MCU, it comes with Microchip ATtiny88 AVR micro-controller. We first discovered MH-Tiny ATtiny88 micro development board on Electrodragon where it is sold for $2.94, but the board is also listed on Aliexpress for virtually the same price as Bluepill board. 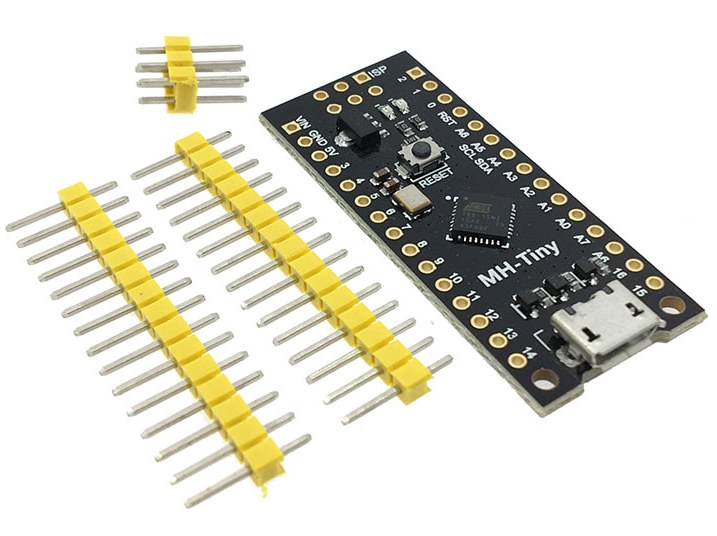 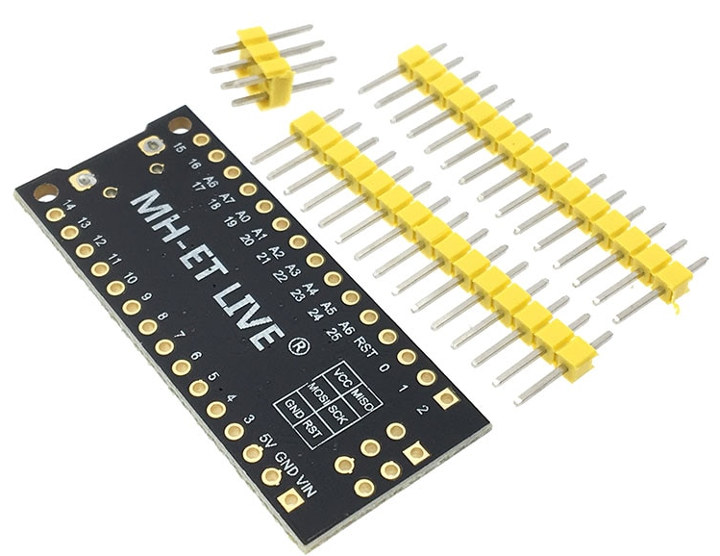 The board support for the Arduino IDE for Mac OS X, Windows, and Linux, and being a Microchip/Atmel part may have better Arduino support than the STM32 Bluepill board (TBC).

Microchip ATTiny88 microcontroller does not include a hardware USB interface, and considering there’s no other chip, the board must be pre-loaded with a bootloader with virtual USB. You’ll find instructions to get started with the Arduino IDE using “MH-ET LIVE Tiny88” in the official website. 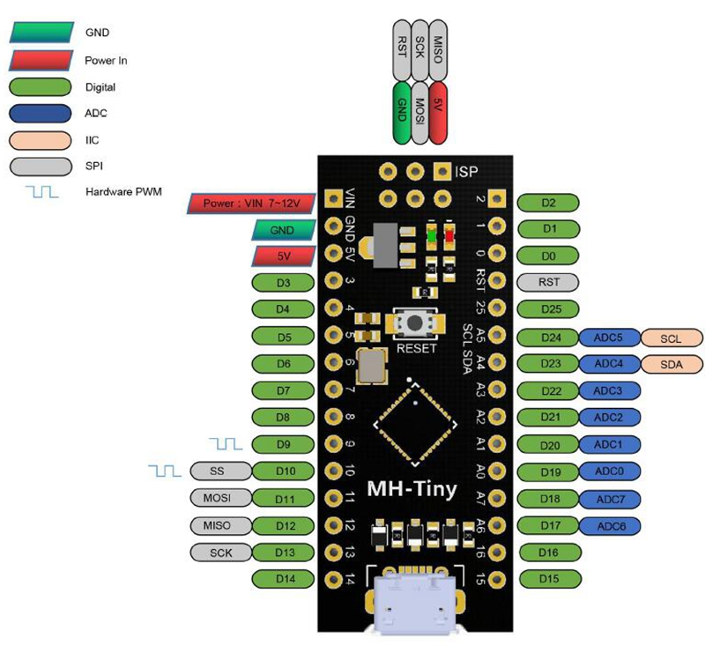 This news made my day, actually.

That’s not really very attractive. Good find, but I’m going to stick with the blue (and black) pill boards.

To clarify what iridumsat said, those are features of the STM32, not the ATTiny88. Blue and black pill board even come with 32KHz OSCs for the RTC. You just need to add battery for it to work. The ADC can manage up to 1MS/s.

On the flip side, I’m sure the AVR slaughters the STM32 at power efficiency.

Nice board, but this a Nano Alternative at best.

I was going to find the price for a nano clone and add a list of features for it by way of comparison to the tiny88 board when I found this:
https://www.aliexpress.com/item/1pcs-TTGO-XI-8F328P-U-nano-V3-0-Development-board-Or-Replace-For-Arduino/32946700366.html

I’ve never heard of this atmega328 clone! Anyone heard of it? I’m ordering a few to play with.

Here is an old board for an earlier model of this chip.
https://www.itead.cc/wiki/Iteaduino_Lite