Gateworks has launched another mini PCIe card providing IoT connectivity for their NXP i.MX 6 and Cavium Octeon TX powered SBC’s. Last month we covered GW16130 Mini PCIe satellite modem, and the company has now announced GW16126 mini PCIe card with a Cat M1 (eMTC) modem and a Bluetooth Low Energy radio for the US market, and other regions or countries where LTE Cat M1 networks have been deployed. 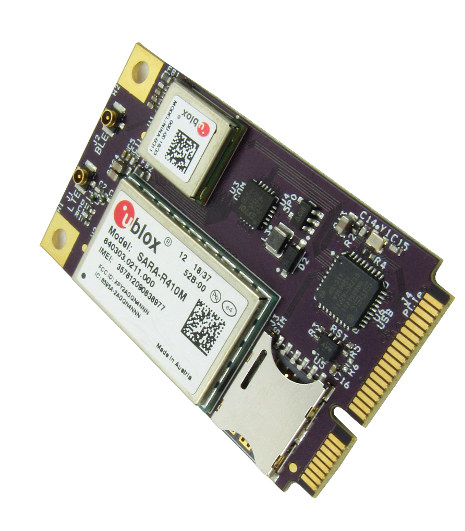 Both the eMTC and BLE modules utilize standard Linux drivers, and the LTE module supports firmware update over AT commands (FOAT). You’ll find more technical details and getting started guides for Cat M1 and BLE in the Wiki.

While the card ships with SARA-R410M-52 Cat M1 only module, it might be possible to ask the company to switch to U-blox SARA-R410M-02B module that supports both LTE Cat M1 and Cat NB1 connectivity if your commercial project requires it.

Gateworks officially only supports the mini PCIe card in their NXP i.MX6 Ventana boards and Cavium Octeon TX Newport SBC’s which come with one to six mini PCIe slots. For more details and/or to request a quote, you can head over to the product page.