With RK3328 SoC, Rockchip already has a quad-core Arm Cortex-A53 processor with an Arm Mali-450MP GPU, more exactly a Mali-450MP2 GPU. However, that GPU was found to underperform the penta-core Mali-450MP3 GPU handling graphics in Amlogic S905X processor.

If that listing on Aliexpress is correct, it appears the company has made another quad-core Cortex-A53 processor with the same penta-core Mali-450MP3 GPU as found in the Amlogic processor. [Update: The description is wrong, and RK3318 GPU is not faster, so it must be the same (TBC). RK3318 is just a cost-down version of RK3328, but details have not been provided] 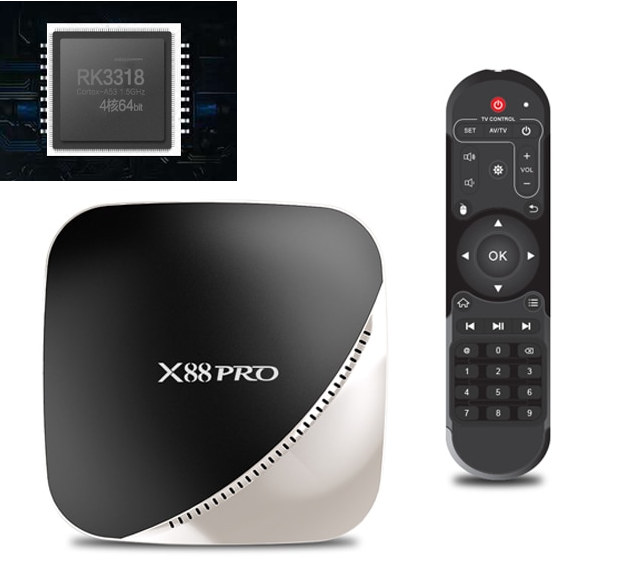 The new Rockchip RK3318 processor can be found in Wechip X88 Pro TV box with the following specifications: 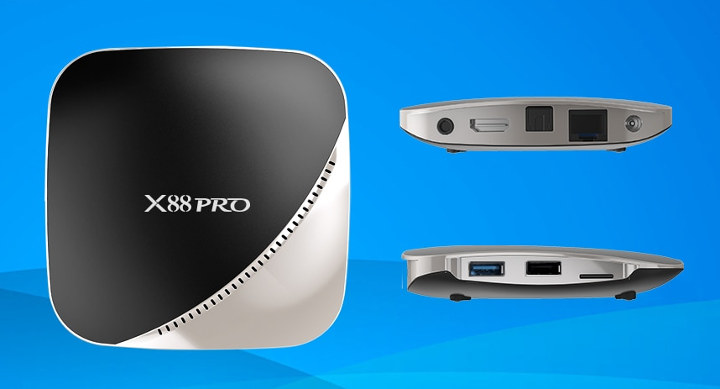 The box runs Android 9.0, and ships with a remote control, a power supply, an HDMI cable, and a user manual. Now the features of Rockchip RK3318 look exactly the same as RK3328.  At first, I thought it was a mistake, but all photos are shown with RK3318, and I could also find the box on WeChip (Shenzhen JoinWe Electronics Co)’s Alibaba store. So I guess that’s real after all.

I have asked the seller from aliexpress about RK3318. I told them, it does not exist. Should be RK3328.
Then i wait for reply

That would be a big mistake though. All marketing materials show RK3318, and Wechip and other companies also posted X88 Pro TV box with RK3318 on Alibaba.

Edit: there are also other models @ https://www.alibaba.com/trade/search?fsb=y&IndexArea=product_en&CatId=&SearchText=RK3318

Who knows yet if RK3318 is true, however Wechip on Aliexpress and on their website often do butchered specification listings. They have one on Aliexpress claiming the the R69 Allwinner H3 has a Mali 450MP2 and runs at 1.5GHz.
If CNX allows it, here is the link to the misleading sale advert. To show what I state is true.
https://www.aliexpress.com/item/Wechip-R69-Smart-Android-7-1-TV-Box-1GB-8GB-Allwinner-H3-Quad-Core-2-4G/32960833503.html?

This is not quite a confirmation, they just got the news from the same source.

I got confirmation that RK3318 does exist from a person working at Rockchip (indirectly), but the details in the blog post above are incorrect. We have not been told what the errors are so far.

Just some more details from various sources. So it looks like Rockchip does not really like to talk about this chip. It was not part of the roadmap presented last month, and they only sell it to selected customers. I’ve been told it has basically the same features, but just cheaper, and Rockchip won’t tell us what they did to cut costs down. I’ve also been told this was designed to compete with Allwinner H6 in terms of price.