Intel unveils the Compute Card at CES 2017. The business-card-sized module was supposed to allow for easy upgrades or repairs of modular computers by inserting the Computer Card in a proprietary socket without having to open the computer or device. Linuxium posted a review of the Compute Card and dock back in 2018, and noted that while performance was good, the price was really excessive for most applications. The Intel Compute Card was eventually discontinued, and an article on PCMag does confirm one of the reasons was price:

According to the Intel rep we spoke with, that sealed design and extra durability added nominally to the card cost but about $50 to each unit on the OEM side to incorporate the module, which stunted its adoption.

The Compute Card was easy to insert and replace, but OEM’s have long had another option for upgrades: Computer-on-Modules. In x86’s world, this often means COM Express modules with connectors that may not be quite as easy to remove and insert into the main board. So Intel has come up with another solution, namely NUC Compute Element with a single edge connector, and a metal plate covering the top of the module for cooling. 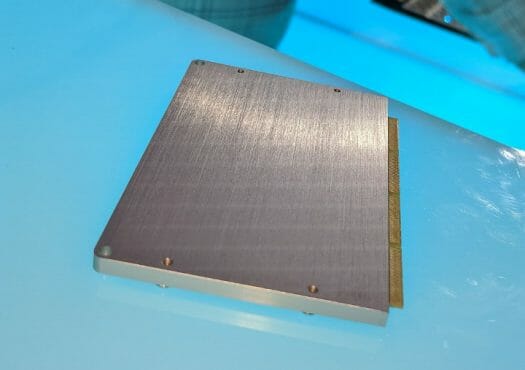 Intel NUC Compute Elements will feature Intel mobile CPUs, and for instance, the samples showcased at Computex 2019 featured a 15-watt Core U-series processor, something which was not possible with Compute Cards, which were limited to lower power Y-series processor due to heat dissipation issues.

A Compute Element looks a bit like a SATA SSD, except for the edge connector sticking out, and the naked board underneath. The card would contain the processor, RAM, optional storage, and if the photo below is any indication an optional Wireless module as well. 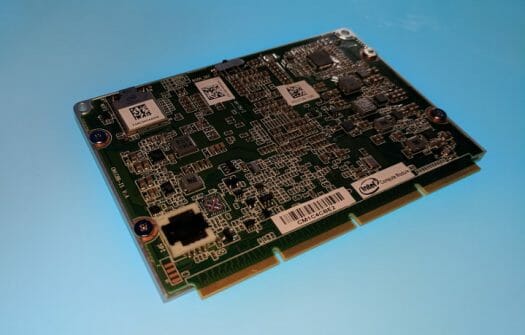 The Intel NUC Compute Element is expected to be found in laptops, kiosks, and smart appliances where a manufacturer may want to ship version of products with different modules, or for more convenient repairs or upgrades by maintenance staff. The new card form factor is apparently not suited for consumers since they’d have to open the device to replace the card. It does not look that much different than replacing a memory stick, except for the two screws holding the module in place.

Intel showcased a sample from JP.IK, an ODM manufacturing laptops for the education sector. In this case, IT staff at school and university may be able to service the laptop themselves for easy repair or upgrades.

The first devices taking advantage of Intel Compute Element are expected to sell in H1 2020.

I am interested in this element and the laptop. I Hope this would open a business for 3rd-party laptop and/or computation module. if the interface standard could be set.

I’m sad that Intel killed off the Compute Card, they didn’t get enough third parties on board. Nexdock were probably quite upset at the money they wasted: http://nexdock.com/blog/the-tale-of-nexdock-and-intel-compute-card/