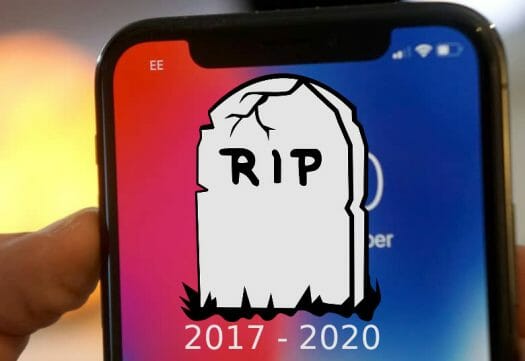 As phone manufacturers tried to stretch the screen to body to the theoretical limit of 100%, some not-always-broadly popular design choices had to be made. And so the camera notch was born to expand the screen, which resulted into an ultra-thin top bezel, combined with a small cut-out for the front-facing camera that many people dislike.

If you are one of those people, I have good news: the death of the camera notch could be near thanks to under display cameras. Xiaomi was the first company to release a demo this morning through a tweet by Alvin Tse, Head of Pocophone Global for Xiaomi.

Check this out from our R&D team! @Xiaomi continues to innovate and we have some exciting tech up our sleeves. RT if you love under display camera! #xiaomi pic.twitter.com/4Rlzt9uRAd

We can see two nearly identical poco phones above, except the one of the left does not have a visible front-facing camera, but oh surprise, you can still take selfies!

As noted by XDA Developers, Xiaomi is not the only company to have demonstrated such solution today, and OPPO apparently showcased their own under display camera solution first.

For those seeking the perfect, notchless smartphone screen experience – prepare to be amazed. ?

You are taking a very first look at our under-display selfie camera technology. RT! ? pic.twitter.com/FrqB6RiJaY

Both solutions offer the same user experience. When the camera is not in use, the full display is used, and in the camera app a black (transparent) bar provides space for the camera, so it does not look awkward.

There may be a downside to using an under display camera, as pointed out by OPPO in Weibo, under-screen cameras may not produce the same photo quality as cameras placed outside of the display. However, they also claim to have solved this issue. We’ll have to find out once devices become available.

If under-display cameras work as expected, and are not prohibitively expensive, 2020 may be the last year we ever see camera notches in smartphones.

Google and Apple are going to love this. Concealed always on thought police, um, AI user experience innovation 2.0 cameras in no time.

I think under-display cameras may actually improve privacy. Since it looks like a black bar or area is needed when the camera is in use, so people will notice it if anybody tries to use the camera while they are running an app in full screen.

Now that’s a different issue if people start to make devices with virtually invisible cameras, and do not disclose it.

It is not just camera. There are privacy issues in apps reporting back on users too.
If you have Android on phone, tablet, TV and TV box. Then look up Exodus Privacy in the app store. See who is tracking your activity.
Then think about your DNS snooping on you. Try DnsChanger before considering changing settings in hardware.

I, in my non-expert opinion, think you’re most likely wrong on that. If you look at transparent screens (like LG’s transparent oled tv), it doesn’t matter if it’s displaying something or not. Yes, you get a tiny ghost of an image in the worst scenarios but miniscule enough that a good algorithm should be able to subtract it from the final image (especially if it was just a solid colour).and I’m guessing if it was being used for spying the minimal hit in quality his could incur would be considered tolerable, especially if they wanted to know who was reading/watching… Read more »

I wholeheartedly am supporting this. That notch was a very ugly thing and it should be in the past. To those concerned about privacy, the camera is actually easy to spot. As Jean Luc already said, it will not stop people from making invisible cameras. Camera is the least of our concerns. People installing or using smartphones from suspicious sources should think twice. People were being spied upon in the past with the classic setup or with the notch. I would look at a hardware listing program that would list all the ports, the number of cameras and so on.

The software is way more of a problem than the hardware. However at least in the past if you weren’t willing to use this camera you could put some tape on it. Now it will be difficult since it will hide a part of the screen.

This issue was raised with the first notch smartphone, the iPhone X. I would have been perfectly happy with a small bezel and with the front camera in it somewhere alongside the other sensors. This whole bezel-less screen thing is not the right way to go. Software can take advantage of hardware on any smartphone if it gets malware or viruses on it.