Made to work with the Raspberry Pi Zero, the PiJuice Zero is an Uninterruptable Power Supply (UPS) and project platform board, that can fit inside the Pi Zero case. The latest innovation from the tech gurus at Pi Supply, the PiJuice Zero is easy to use and quite powerful. The original product was the PiJuice HAT which was released in 2016. The rundown on this platform and the crowdfunding page can be found on Crowd Supply. 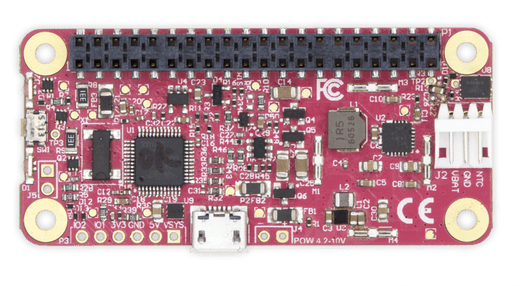 The PiJuice Zero allows users to take their Raspberry Pi Zero projects anywhere and still keep things running, while intelligent power management controls how that power is utilized. The user-friendly software, programmable LEDs and switches allow for maximum options in applications. The PiJuice Zero was made for those in-the-field projects.

Completely wireless and off-the-grid power supply the PiJuice Zero is packed with features and allows for applications for the Raspberry Pi Zero, that couldn’t be realized before.

Some of those options are: 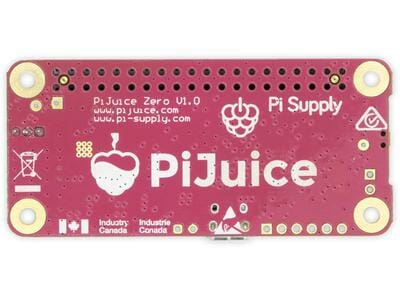 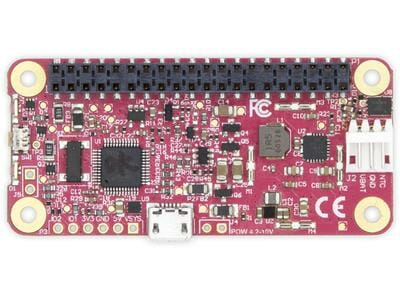 There is a low-profile header, which reduces the footprint of a portable Raspberry Pi to a mere fraction of the original. Adding solar panels or a single-cell LiPo/LiIon battery, you can take your Pi completely off the grid for a whole host of amazing applications.

The Raspberry Pi Zero UPS board has an STM32F030CCT6 microcontroller outfitted with an ARM Cortex -M0. There is a TI BQ24160RGET lithium-Ion/polymer charger IC and a battery fuel gauge (BFG) LSI, by On Semiconductor.  There is an NCP380LMUAJAATBG fixed/adjustable power distribution switch which is current limiting. And the integrated extras include programmable RGB LEDs as well as switches, screw terminal, a J2 header, and micro USB port.

The PiJuice Zero is ready to go, right from the box, and fits into the Pi Zero Case. The entire system is reasonably priced, but you can purchase everything separately and is designed with the Raspberry Pi Zero as it’s main board.

It takes all of GPIOs?

Seems like a lot of engineering for what should be possible with a PMIC. I guess they put a lot of work into being able to power the pi on and off via the stm32 when it should really be possible for the raspberry pi to do that. 🙁

45$ ?? damn, thats expensive. You can accomplish the exact same thing with this ups board (not specific to pi).
https://www.ebay.com/itm/5V-UPS-Power-Diy-Board-Charger-Step-up-DC-DC-Converter-Module-3-7V-Li-ion-LiPo/272807710108?hash=item3f849b4d9c:g:MRMAAOSwnwZZwTHO

Thks for this input.
After take a look on aliexpress for 18650 bank system i found this HT4928S board : less than 1$, 1A output each module, possible stringify modules to output more than 1A because input USB is connected to output USB, cutoff 2.9V for battery.
https://www.aliexpress.com/item/5pcs-5V-1A-Step-Up-Board-Lithium-Li-ion-Battery-Charging-Protection-Board-Boost-Power-Module/32823256297.html

These boards do not work as an UPS. When you’re powering the board via battery and connect to usb power, it will stop powering 5V rail for a few seconds. UPS board above on the other hand works normally when switching from battery power to external usb power and vice versa.

The only real downside of this board compared to pijuice is no information is given to the Pi about the capacity of the battery. If anyone is willing to pay an extra 40$ for that feature……

There is also an 2A version and a 12V version.

Good point. With this powerbank board the auto off function ( auto shutdown when current output is less than 60ma for HT4928S) make real problem for our use case. So i keep HT4928S only for charging 18650 and use an other G5177C cheap boost to feed rpi from lipo but there is a new problem G5177C don’t include li ion cutoff voltage at 3V so an other logic chip is needed to handle that, wake up functionality and communication with RPI : maybe ESP32 in low power mode. At the end it’s a good time saving to buy PiJuice board… Read more »

Yes. Should be plenty for Zero.