Back in April, we covered the very first 96Boards SoM’s (Systems-on-Module) which were based on Rockchip RK3399Pro or RK1808 processors, and targeted applications leveraging artificial intelligence acceleration.

There were not quite available at the time, but Seeed Studio now has both BeiQi modules for pre-order for $119 and $59 respectively, while the carrier board goes with $125 with antennas, and power supply. Note that the RK3399Pro SoM and the carrier board are basically available now with shipping schedule for July 4th, but you’d had to wait until the end of the month for the RK1808 module.

The module supports Linux as well as Tensorflow and Caffe frameworks. Details about the specifications are all over the place as the official product page has some discrepancies with info released on Seeed Studio. 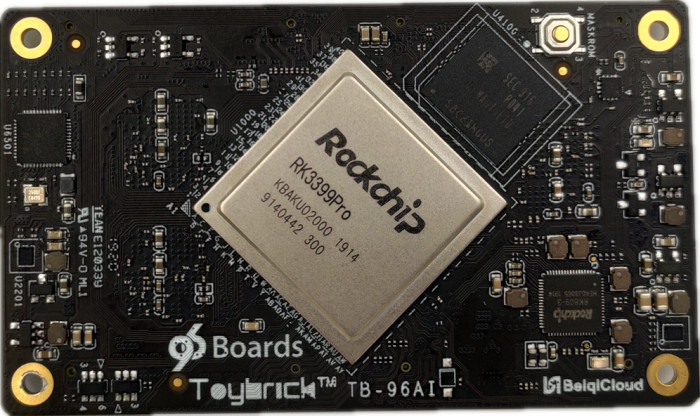 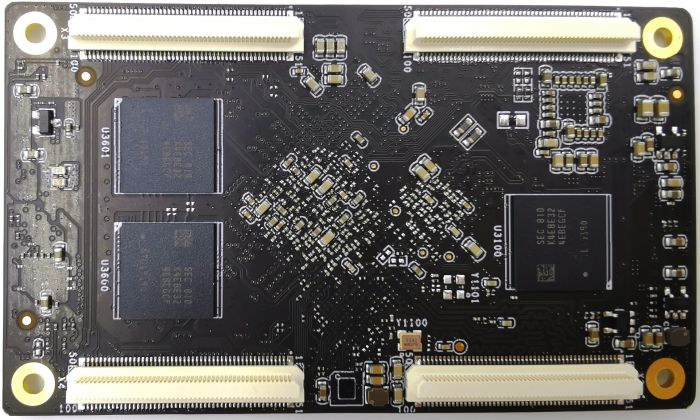 The RK3399Pro SoM supports both Linux and Android, and like RK1808 supports Caffe/Mxnet/TensorFlow frameworks.

Development tools, PC-based model conversion, performance estimation, and accuracy verification are provided for the module, as well as an SDK with support for Android NN API, RKNN cross-platform API, and Linux based TensorFlow development. You’ll find the tools in the official Rockhip Github account. 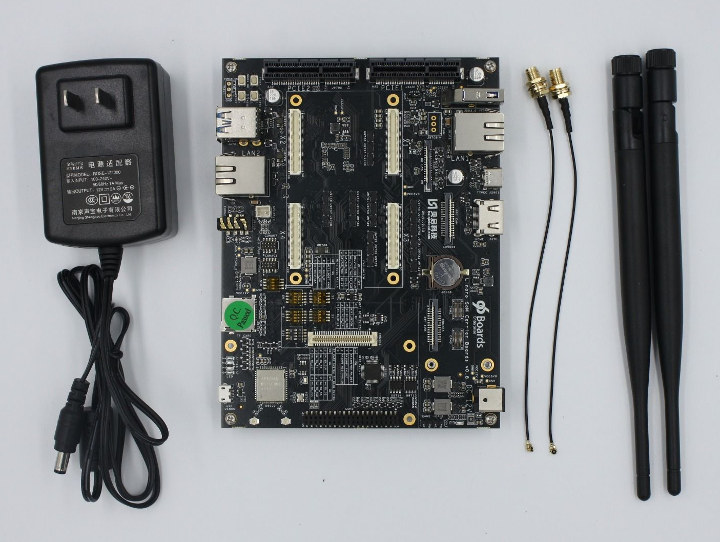 The modules would be pretty useful without a baseboard, so the company also provides BeiQi carrier board kit with the board exposing the following key features/ports:

While I appreciate the efforts of using a single carrier board for two different types of modules, it will lead to confusion as while some ports are shared, others are specific to one type of 96Boards system-on-module. For example, while there are two Gigabit Ethernet ports on the board, I understand only one can be used with a given module. TB-96AIoT RK1808 already have a WiFi & Bluetooth module, so the module on the carrier board will not be used. But I guess that’s OK for early development, as eventually custom carrier boards will have to be designed for end products. More documentation may also be found in 96Boards SoM page.

while some ports are shared, other are specific to one type of 96Boards system-on-module

Does it mean that it is not possible to use a single carrier board for any 96Boards SoM? It seems to mostly defeat the advantage of using standardized SoMs.

AFAICR, they have two kinds of 96Boards SoM type A and type B. One is small, one is larger. So as long as you keep the same type the signals should be compatible.

Seed needs to list the camera modules for these boards and identify which camera works with which module.

And make a little add-on board with four DMICs for an array mic input.