We’ve previously written about IVport V2 camera multiplexer board that can connect up to 16 cameras to a single Raspberry Pi board in order to create 360 degrees camera setups for example. The company also offered a version with two cameras for stereo recording and capturing modes.

But if you’d rather use a Raspberry Pi Compute Module with or without eMMC flash, and use either Raspberry Pi camera V1 or V2, the company has launched Ivport Stereo CM breakout board with support for up to two cameras and exposing some extra ports. 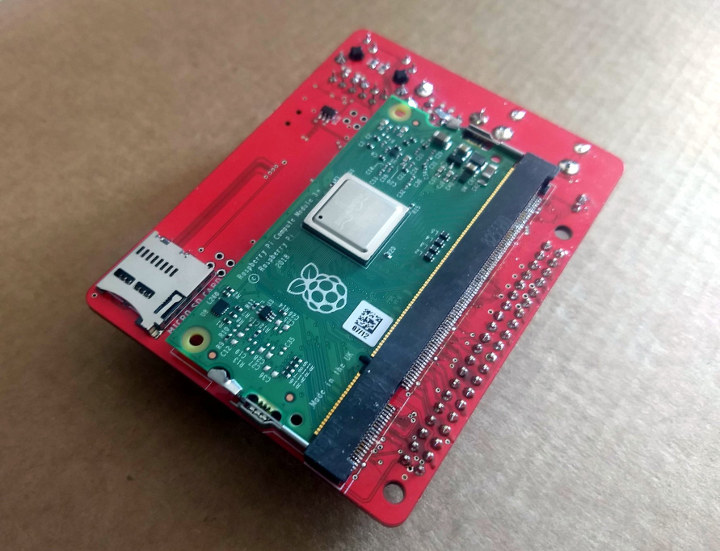 IVmech, the company behind the project, told CNX Software the new project improved on the previous multiplexer board:

The board comes with two Camera ports and enables you to use stereo recording and capturing modes simultaneously at full FPS and synchronized frames unlike Ivport Multiplexer.

You’ll find some documentation and the device tree file for Raspbian, or other Linux distributions, on Github. The video below showcased the solution with two cameras monitoring a 3D printer.

Ivport Stereo CM is sold on Tindie for $78 plus shipping. Bear in mind that you’d need to add your own Raspberry Pi Compute Module, camera modules and corresponding ribbon cables, as well as your own power cable and/or adapter.

Great project! Reminds me about StereoPi. Not sure if you have covered it: https://www.crowdsupply.com/virt2real/stereopi