NVIDIA Jetson Nano developer kit was launched for $99 last March with impressive specifications for the price including one module with four Arm Cortex-A57 cores, a 128-core Maxwell GPU, and 4GB LPDDR4 RAM. The company also introduced Jetbot robot based on the new board, with all instructions available on Github, but until now you had to put some efforts to build it up as the fairly long list of parts had to be purchased or 3D printed separately.

It’s now become easier, as Waveshare has started selling their Jetbot AI kit on Amazon for $122.99 without Jetson Nano, and $259.99 with, meaning you may be better off purchasing NVIDIA board separately for around $100, or you may purchase the complete kit directly on Waveshare website for $215.99 plus shipping, or $99.99 without the SBC. 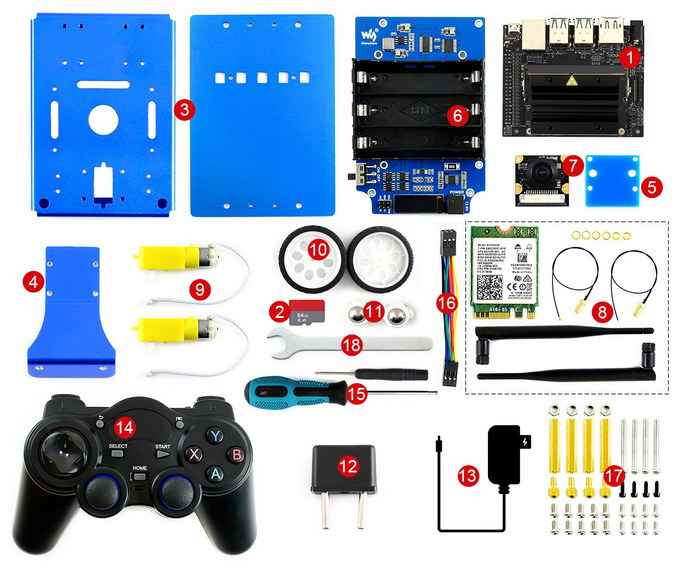 You’ll also need to add three 18650 batteries (3.7V) since those are not included likely due to the trouble of getting batteries imported/exported. This is what it should look like once assembled. The antennas are long and truncated in the photo below. 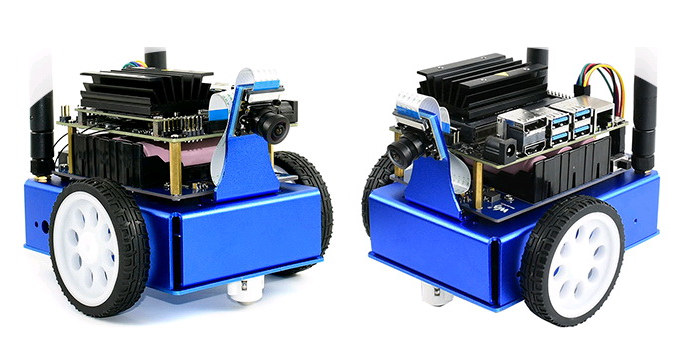 Beside the instructions in Github, Waveshare also has their own Wiki inspired from the latter, showing how to get started with software from the installation of the Ubuntu image to cloning Jetbot repository, and playing with various samples (collision avoidance, object recognition, line tracking).

Thanks to Rainer for the tip.

Neat but 3A output from the APW7313 is a little disapointing. It will be forced to run in 5w mode.

SparkFun is also now shipping a JetBot kit with or without the Jetson Nano Developer Kit and it includes batteries. Check it out here: https://www.sparkfun.com/categories/tags/jetson-nano