Nvidia SHIELD Android TV was announced this March with Nvidia Tegra X1 octa-core Cortex A57 + A53 processor. So far, I had not seen any Ubuntu or other Linux distribution port, but Michael Mirabel of Phoronix got remote access to a Shield TV PRO – model with a 500GB hard drive – running Ubuntu 14.10. It’s not clear who provided access, either Nvidia or third parties, but somebody posted an Ubuntu 14.10 port on XDA Developers Forums recently so it might be that one. 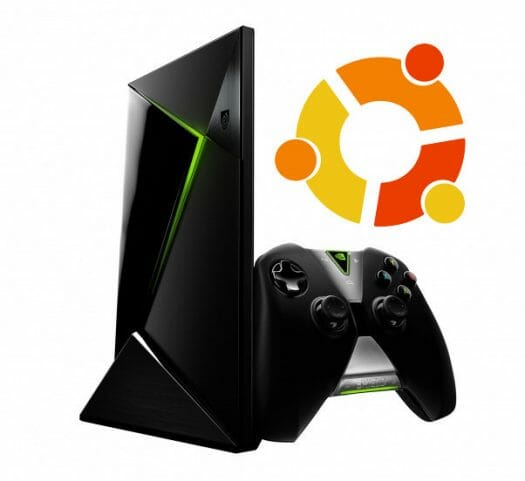 He obviously ran Phoronix Test Suite on the device, and compared to it some other ARM devices (Compule Utilite, Jetson TK1), MIPS Creator CI20, low power x86 devices (Compute Stick, Intel NUC with Celeron N2820), and an Intel Core i3-5010u NUC. The Tegra X1 platform easily beats all other low power platforms, and comes close to the Core i3 mini PC in most tests. 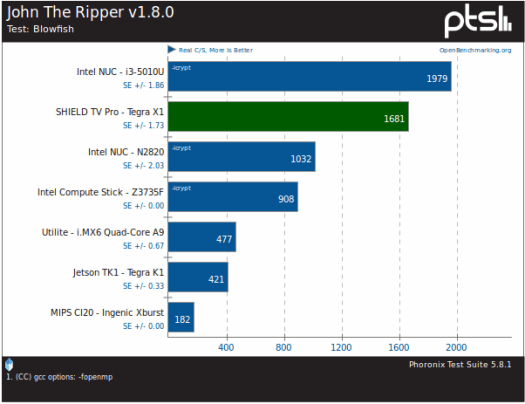 In the grand scheme of things, it was also compared to some Core i5 and i7 platforms with pretty decent results considering the price difference with these CPUs. You can access all results here.

However, not everything appears to be optimized, as Tegra X1 ranks close to the bottom for OpenSSL tests.

The Maxwell GPU is Tegra X1 should in theory also outperform the Intel GPU found in the Core i3 NUC, but AFAIK Nvidia has not released aarch64 drivers yet, so there’s no graphics acceleration right now.

are there any other Cortex A57 SOCs on the market?

m][sko :
are there any other Cortex A57 SOCs on the market?

Sorry I mean dev boards with Cortex A57 🙂

AFAIK, there’s still only a handful of available SoC’s with Cortex-A57 cores and no dev boards so far. Hopefully Hardkernel comes out with an Exynos 7-based board soon.

@m][sko
ARM’s Juno board has been available for a while, but I think they only ship it to ARM partners, and it must be expensive.

AMD 96Boards is planned before the end of the year.

Cannot wait for Tegra210 based Chromebook (constantly checking of what patches goes into various chromeos and coreboot repositories).

Okay. So what’s the power consumption for the top systems in this test?

Oh. Found some quotes:
“The Tegra X1 SoC consumes less than 10 Watts.”
“The graphics benchmarks as well as some performance-per-Watt/efficiency benchmarks will come once I have physical access to a Tegra X1 […]”

I would really like a dual boot Linux/Android image:
http://bitkistl.blogspot.co.at/2015/06/android-tv.html