The latest release from IBase is a single board computer that seems to be designed for the mass business markets, especially in signage. The IBR210 is a 3.5-inch (147 x 102 mm) low-power multimedia SBC based on the NPX ARM Cortex-A53/Cortex-M4 i.MX 8M processor that comes in either a dual or quad-core running in the 1.3 GHz to 1.5 GHz frequency range.  The unit was announced on August 1, 2019, but as of yet there is no pricing information. 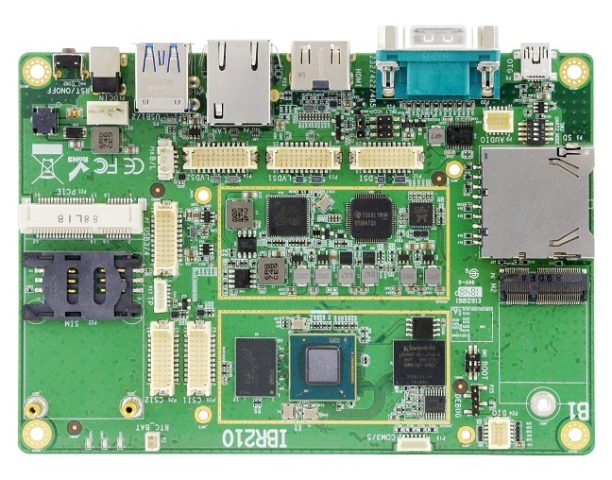 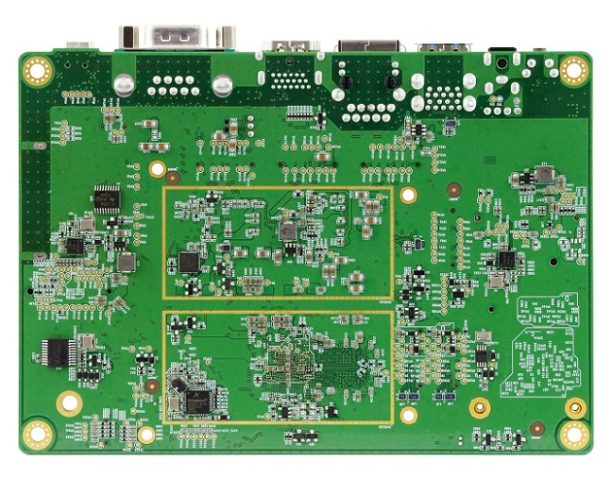 The GPU is a Vivante GC7000Lite/GC7000VLX, and an integrated Cortex-M4F real-time core, in the i.MX8M. Although for the i.MX8M Mini is a faster and newer SoC, the i.MX8M supports 4K video and HDR.

The system runs Android 9 or Yocto v2.5 Linux, with up to 3GB soldered LPDDR4 and up to 64GB eMMC. The video output supports 4K via HDMI 2.0, while there are 2 USB 3.0 ports. The board supports a wide range of environments with a standard operating range of 0 to 70 ℃ which can be increased to an optional -40 to 85 ℃. 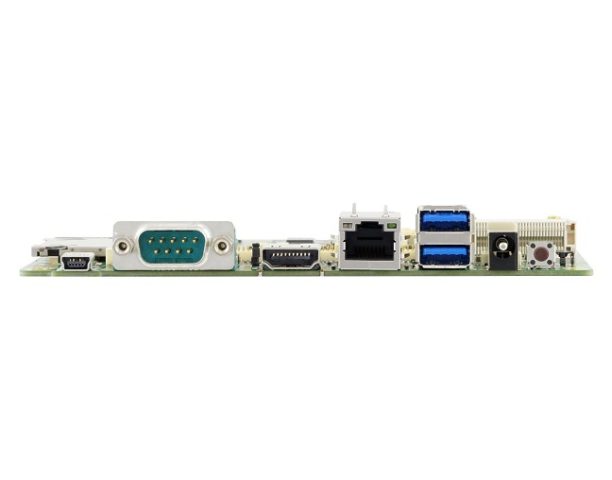 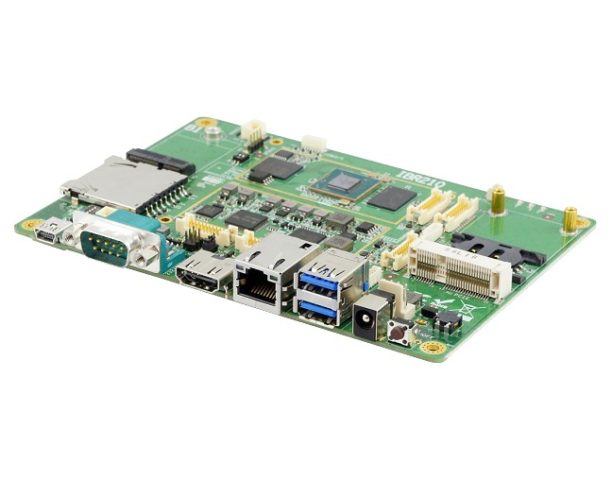 Specifications listed for the IBR210 include:

The platform offers a wide range of applications in IoT, with an eye towards signage in airports, train stations, malls and HMI passenger information applications, through its dual-channel FHD LVDS display capabilities via the HDMI 2.0 port.

More information can be found on the IBR210 product page and in the Ibase announcement.

Information on the IBR210 was found in part in an article on the LinuxGizmos website.