Raspberry Pi 4 SBC was released at the end of June with a new Broadcom BCM2711B SoC that also includes VideoCore 6 (VC6) GPU for 2D and 3D graphics, and that could also be used for general-purpose GPU computing (GPGPU).

In the past we’ve seen companies such as Idein leveraged VideoCore 4 GPGPU capabilities in Raspberry Pi 3 / Zero to accelerate image recognition, and they released a python library (py-videocore) for that purpose.

The problem is that the VideoCore 6 GPU found in RPi 4 is quite different than the VideoCore 4 GPU in earlier versions of the Raspberry Pi Foundation board as forum member phiren explains:

I’ve been looking though the open source drivers and here are some of my observations:

That means py-videocore library could not be used as it is on RPi 4. But if you’re interested in the subject you’ll be please to learn Idein has now released py-videocore6 Python library for GPGPU programming on the Raspberry Pi 4 together with three test code samples on Github. 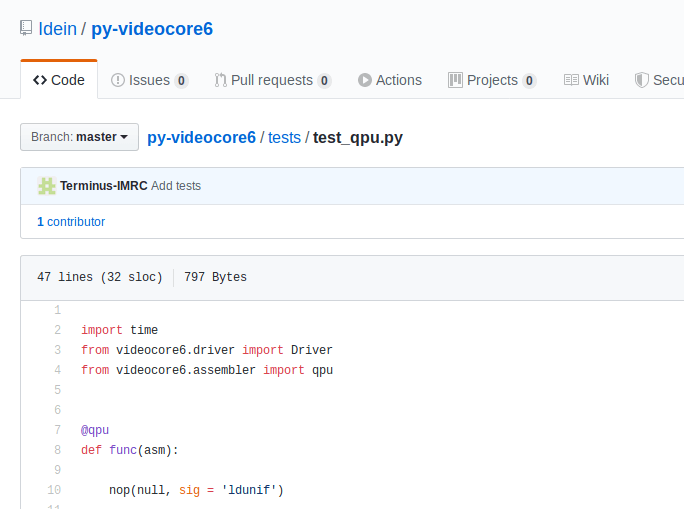 There’s virtually no documentation right now, and since my knowledge of GPU internals is limited I don’t clearly understand what those do, but it looks like one allocates memory on the GPU/QPU, the other displays some GPU parameters, and finally one runs some assembly on the Videocore 6 QPU.

If you want to try it out, you can install the library as follows:

and then run the tests:

However, there may not be that much benefit to using Raspberry Pi 4 over Pi 3 as Akane  – from the same forum thread discussed above – calculated that in theory VideoCore 6 should only deliver slightly more performance in terms of GFLOPS: