One of the Cortex-M33 is an application core incorporating  1 MB Flash and 512 KB RAM, as well as Arm CryptoCell-312, Arm TrustZone technology, and Secure Key Storage for the highest level of security, and the other Cortex-M33 core is used for networking functions.  The company also announced nRF5340 PDK to get started with the new WiSoC. 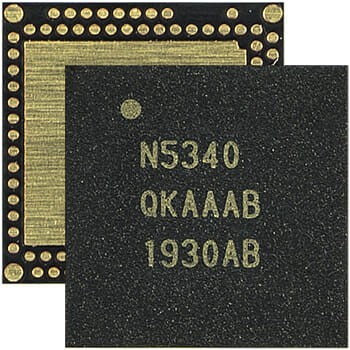 You’ll find nRF Connect SDK on GitHub, and technical documents for software development on Nordic Semi’s documentation website. More details about the chip itself may be found on the product page. 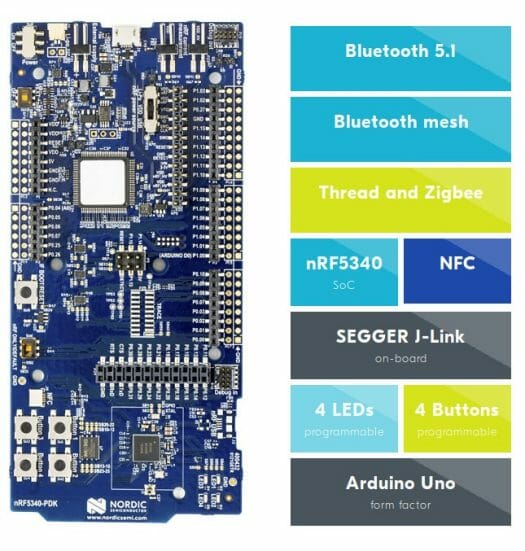 Nordic Semi has also launched the nRF5340-PDK (Preview Development Kit) giving access to all of the nRF5340’s features and GPIOs available, and including an on-board SEGGER J-Link debugger for programming and debugging.

The board ships with an NFC antenna and a CR2032 battery, as well as a quick start guide. Note the PDK will be replaced by the nRF5340 DK when the nRF5340 SoC mass-production is about to start. More details, including the Altium design files, can be found on the product page.

nRF5340 SoC engineering samples are expected soon, and the nRF5340 -DK is available now through distributors such as Digikey for $49.