Imagination Technologies has just launched IMG A-Series GPU which they claim is “The GPU of Everything” and “The fastest GPU IP ever”. 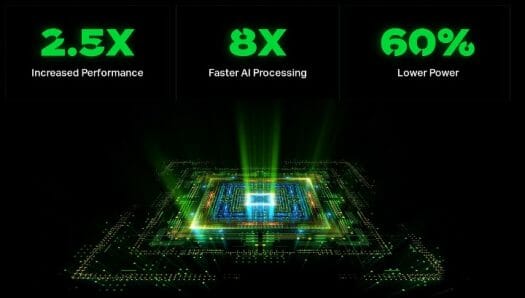 There are currently three categories and 7 GPU IP as follows:

Imagination Technologies upload an IMG A-Series demo on YouTube which looks very impressive, and which I assume was rendered on IMG AXT-64-2048 GPU.
You’ll find more details on the press release and product page.

Did they also open source a driver that uses a modern kernel? If not, hard pass and any SoC using their IP is dead.

>If not, hard pass and any SoC using their IP is dead.

More 3.reallyold-rc3+ kernel with hundreds of known exploits until the end of time than dead I fear.

Not open source but they put effort in to PowerVR training Imagination announces 2020 update to mobile graphics university module An Introduction to Mobile Graphics 2020 Edition includes teaching materials and practical exercises that use the company’s PowerVR GPUs. ” The course has been developed such that little previous knowledge of graphics is required. The modules cover mobile graphics technologies and their architectures; the PowerVR framework for mobile graphics development; mobile graphics software development kits (SDKs); texturing; transformations and example shader code including lighting models. ” Mainly aimed at gaming but they claim other uses too. ” The original materials… Read more »

Yeah, that’s like the old Apple educational discount. It sounds like a nice thing until you realize it’s just an attempt to get new people locked into their ecosystem. I take your point, though.

They’re just dying anyways but they seem determined not to change anything even so.