VAMRS Rock960 is a 96Boards compliant development board based on Rockchip RK3399 processor that was first unveiled in 2017, but last year it got a low-cost version with Rock960 model C selling for as little as $69.

All variants of Rock960 come with MIPI CSI signals exposed via the 60-pin high-speed connector defined in 96boards specifications. So it needs a MIPI adapter board to connect the camera, and a couple of years ago, instructions were posted explaining how to use a MIPI CSI camera on 96boards such as Rock960. It now appears the MIPI adapter board is not for sale on eBay anymore, but that not an issue as e-Con Systems has just launched e-CAM50_CU96 5.0 MP camera designed to work with Rock960 board, and by extension, I assume, other 96boards compliant SBCs that expose a MIPI CSI interface. 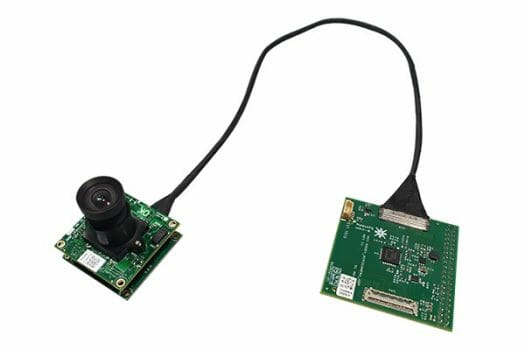 Did you mean DSI or CSI at the beginning of the second paragraph? I think both are exposed via the 60-pin connector but CSI seems more likely given the context.

Yes, both DSI and CSI are exposed, but in the context of the article I really meant CSI.