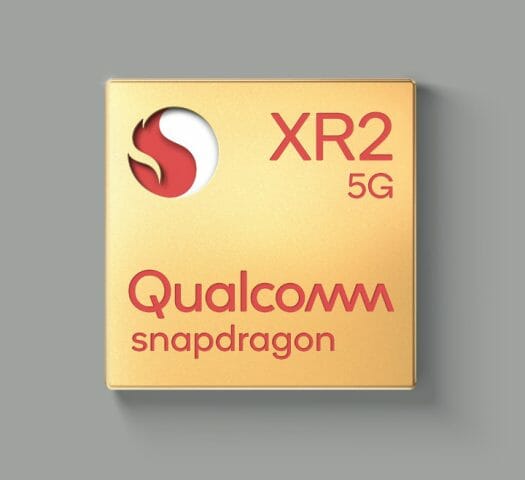 Some of the highlights of the processor include: 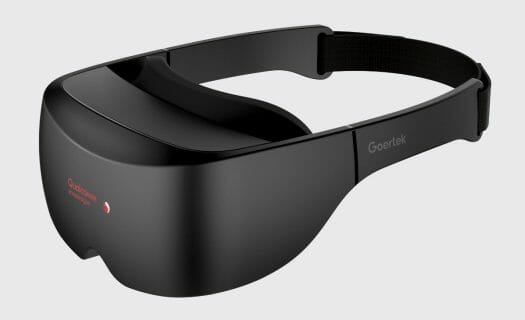 The reference design supports up to seven cameras including two internal cameras to track eye movements, a total of four external cameras including two RGB cameras for MR experiences and two for head tracking. If you’ve been counting that’s a total of six cameras, but the hardware also supports the addition of an extra camera for facial and lip tracking or a second monochrome camera for controller tracking.

Snapdragon XR2 platform is complemented with Snapdragon X55 5G Modem with native support for 5G mmWave and sub-6 GHz for low-latency applications. On-device AI processing can also be augmented with compute at the Multi-Access Edge Computing (MEC) via a 5G connection, or a 60 GHz WiGig wireless connection.

Some other notable features include an IR emitter for hand tracking and head tracking with simultaneous localization and mapping (SLAM), 3D audio and voice commands, and a dual 2Kx2K LCD. Low latency 6DoF controller and peripheral device tracking is enabled thanks to Northern Digital’s Atraxa electromagnetic tracking technology and foveated rendering – lowering resources requirements by rendering scenes/objects in peripheral vision to lower quality – is made possible thanks to Tobii Spotlight Technology.

You’ll find out a little more about both Snapdragon XR2 SoC and the reference design on the relevant product page on Qualcomm’s website.