AirView is another one of those and has launched on Kickstarter with a 13.3″ and 15.6″ Full HD versions featuring a touchscreen, built-in Miracast & AirPlay support, as well as HDMI and USB-C ports. It works with Android/iOS phones, traditional laptops & computers, SBC’s such as Raspberry Pi, and even game consoles. 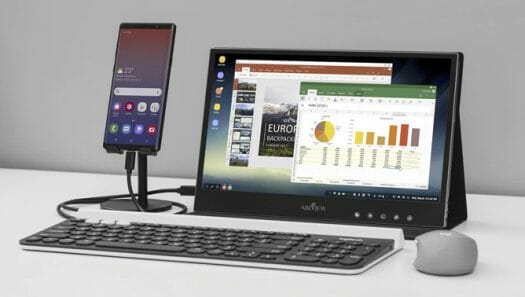 Two Airview models are available with the following hardware specifications: 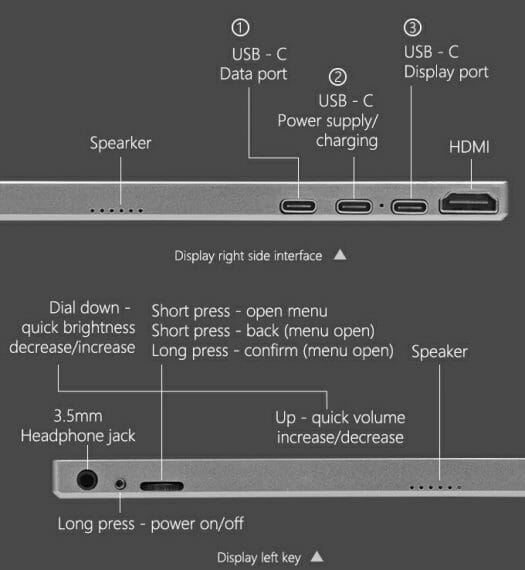 Some of the applications highlighted by the company include wireless touchscreen display (mirrored) for iPhone or Android phones, smartphone desktop via Samsung Dex, Huawei PC mode, or Android 10 Desktop mode, as well as car infotainment system (it’s easier to follow GPS navigation on a larger screen), and mobile gaming allowing people to play mobile games on a larger display.

The display ships with a USB PD charger, a holster stand, a USB-C charging cable, a USB-C data cable, an HDMI cable, and a universal travel adapter. The company raised close to $40,000 US on Kickstarter so far, well over their lowly $6,400 target. An Early-bird AirView 13.3″ display requires a $326 US pledge, while the 15.6″ model goes for $350 US. Worldwide shipping is included in all rewards, and backers should expect their display to be shipped in May 2020 if mass production goes according to plans. The company also takes pre-orders on their own website bypassing Kickstarter in the process.

Bear in mind this is the first project from the company, so this is not without risks, and recently we reported about a similar Kickstarter project, namely TAIHE Gemini Display, that completely failed with most of backers not receiving their reward or getting a defective unit, and the company going missing.

Bit pricey for a not must have gadget 🙂

A quick search of Amazon and eBay shows dozens of similair, by varying degrees devices. Mind you I also noticed lists of compatible and nonec compatible devices, in the listings of the specs of the search results found displays.

Compatibility could be the fly in the ointment.