Both boards are released under an Apache-based Solderpad Hardware License 2.0, and target users of the Zigbee2MQTT project.  The boards could soon also get native support in Home Assistant via the “zigpy-cc” library which adds support in ZHA (Zigbee Home Automation) integration component.

Omer Kilic explains the board can see seen as an upgrade to CC2531 USB sticks with the 8051 MCU being replaced by a much faster Arm Cortex-M4F MCU @ 48 MHz in CC2652, along with more memory, and an open-source toolchain.

The second board looks like a Raspberry Pi HAT and is compliant to the standard except for one thing: no ID EEPROM.

The board is meant to be connected to a Raspberry Pi board, optionally powered over PoE, and intended to be used as a Zigbee coordinator. The developer mentions no external programmer is required for flashing the Zigbee module thanks to flash_cc2531, an implementation of the Chipcon programming protocol. You’ll find instructions on the product page, and hardware design files on Github.

If you intended to use the Raspberry Pi’s WiFi and/or Bluetooth at the same time, you’ll be disappointed to learn you should disable it to prevent radio interference since everything operates at 2.4 GHz.

None of the boards are available right now, but they’ll be launched on Tindie when ready.

zig-a-zig-ah! Zigbee CC2652R USB dongle is now sold on Tindie for $35, and the Zoe Zigbee+PoE Raspberry Pi HAT for $45.
https://www.tindie.com/stores/electrolama/

Hey, good spot re: “cJTAG”, fixed it in the documentation. Thanks!

BSL will work as long as BOOTLOADER_ENABLE in CCFG is set to 0xC5, which is the default value. If you change that value, it won’t work. I’ve just done a full erase on a prototype and it was still enabled afterwards but again if you deliberately go and erase/tinker with CCFG then it will stop working 🙂

zzh uses CC2652R, a much beefier and newer radio and I am also experimenting with CC2652P which has a built-in PA.

Any news on your tests with CC2652P with PA + LNA RF range extender?

I love the open source hardware design here. I just have one question. Why is the HAT board, which is meant as a coordinator, the one without an SMA antenna port? I would have though it would have needed the best antenna, not some PCB style one. Am I misunderstanding something about Zigbee?

Someone asked the question on GitHub: https://github.com/electrolama/zoe/issues/2

Just a summary of that Github issue: There is a version of the E18 radio module I use on zoe that has an IPX/uFL connector on it that would allow you to use an external antenna with a suitable uFL-to-SMA cable that is very commonly used and easily procured. That said, the PCB trace antenna and the CC2592 range extender does a very good job without the need of an external antenna in my opinion and experience. The key point to a sensible Zigbee deployment is to have routers distributed around the house to form a good mesh network, having… Read more »

See that ZZH was sold out in less than 8-hours but I managed to get my order in before! 🙂

Martin Ellis has now posted first impressions of a prototype zig-a-zig-ah board: 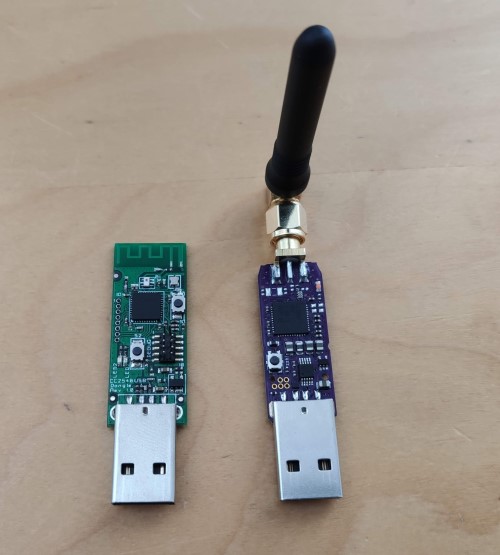 I’ve also received a zig-a-zig-ah board. Currently testing it in my production environment but so far really impressed!

FYI, Koen Kanters (Koenkk) who develops Zigbee2mqtt and Zigbee-Shepherd (which other projects including IoBroker depends on ) has written that he has received a prototype Zig-a-zig-ah USB-dongle from Omer and it seems to work great so far with Zigbee2mqtt. Read his comments about it here: https://github.com/Koenkk/zigbee2mqtt/issues/1429#issuecomment-602485214