NVIDIA expected the module to be “available in March for $399 to companies looking to create high-volume production edge systems”, and at the time I thought it would be hard to purchase for simple mortals, but the company just sent an email announcing the launch of the module and it’s now listed for $459 on Arrow Electronics with no stock and a 16 weeks lead time. 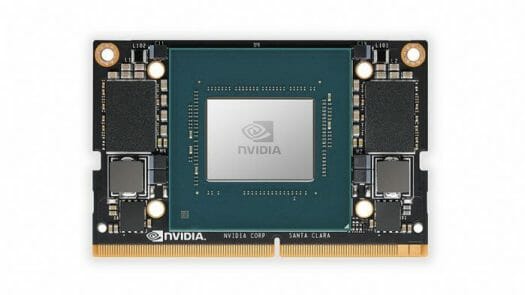 While there’s no Jetson Xavier NX development kit, the SoM is pin-to-pin compatible with Jetson Nano module, so in theory, most existing carrier boards for Jetson Nano module could be reused. But several companies have come up with carrier boards for Jetson Xavier NX as well as “edge computers”, and LinuxGizmos has kept a tab on those. I’ll provide a summary here with the main target applications/features of each carrier board and/or mini PC. 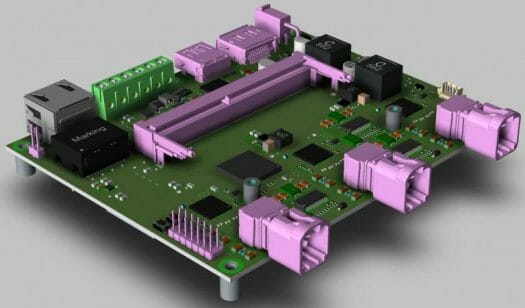 The fist NVIDIA Jetson Xavier NX (and Nano) carrier board is currently being designed by D3 Engineering. The DesignCore Carrier Board can take up to 12 cameras via FPD-Link III inputs to “enable the development of advanced AI robotics and autonomous applications for manufacturing, delivery, retail, agriculture, and more”.

The 12 cameras can be connected via three Quad FAKRA input connectors themselves interfacing with three DS90UB9603x deserializers. The board also comes with an M.2 socket, one DisplayPort and one DisplayPort/HDMI expansion board, a Gigabit Ethernet port, USB 3.1 interfaces, and more.

The carrier board is available for pre-order order at an undisclosed price. You’ll find more details in the announcement.

MiniCard and M.2 slots and a MicroSD socket can be found on the bottom side of the board. 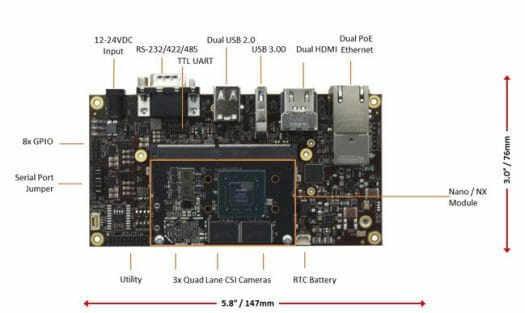 The company explains Floyd board targets a “new generation of high-compute, low-cost solutions” such as a “wide variety of imaging applications”. 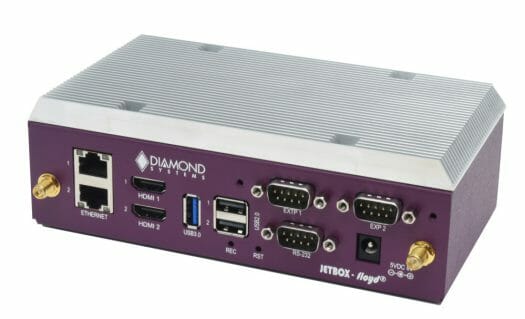 Both the carrier board and rugged PC appear to be available now, but you’d need to request an online quote via the product page to found out the price. 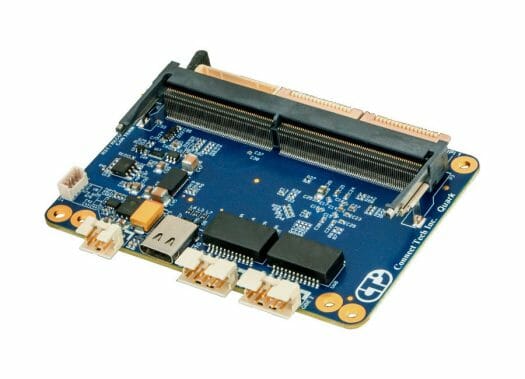 If you’d like to leverage the powered of Jetson Xavier NX module but in a smaller form factor and/or lower costs, Connect Tech Inc (CTI) had designed the Quark Carrier measuring just 82.6mm x 58.8mm. This baseboard comes with a USB 3.1 Type-C connector, and various headers with two GIgabit Ethernet interfaces, two 2-lane MIPI CSI-2 interface a USB OTG port, three 3.3V UART, two I2C, one CAN 2.0b bus, and one SPI  interface. 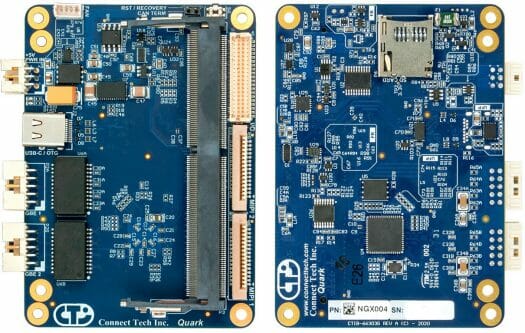 The board also comes with a MicroSD card slot and relies on positive locking IO connectors optimized for rugged environments. Just like the other carrier boards mentioned today, the Quark carrier supports both the NVIDIA Jetson Nano and Jetson Xavier NX modules. 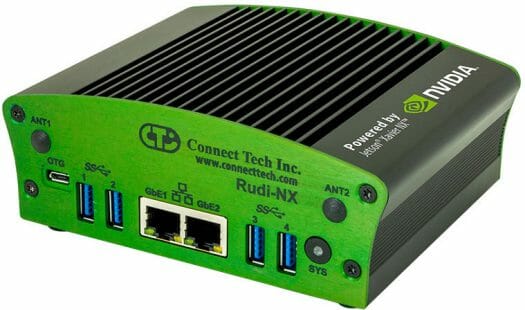 CTI Quark Carrier Board is available now for $224 with discounts for higher quantities. Rudi-NX is also for sale but you’d need to request a quote by email. More information can be found on the product page for both the baseboard and mini PC.

I had no idea the original Nano carrier fits. That changes the prospects for a Xavier SoM landing at home by an order of magnitude ; )

If you have an older version of Jetson Nano carrier board, Jetson Xavier NX may not work properly (TBC).
AFAIK you’d need to new version B01: https://www.cnx-software.com/2020/01/17/nvidia-jetson-nano-developer-kit-b01-gets-an-extra-camera-connector/

So A0x SoMs are incompatible with the new B0x carriers. Gotcha. Oh well.