Artificial intelligence used to happen almost exclusively in the cloud, but this introduces delays (latency) for the users and higher costs for the provider, so it’s now very common to have on-device AI on mobile phones or other systems powered by application processors. 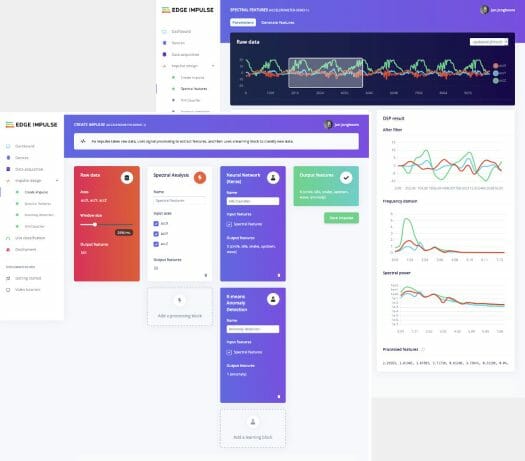 Edge Impulse is another solution that aims to ease deployment of machine learning applications on Cortex-M embedded devices (aka Embedded ML or TinyML) by collecting real-world sensor data, training ML models on this data in the cloud, and then deploying the model back to the embedded device.

The company collaborated with Arduino and announced support for the Arduino Nano 33 BLE Sense and other 32-bit Arduino boards last May. The solution supports motion sensing, computer vision, and audio recognition to detect glass breaking, hydraulic shocks, manufacturing defects, and so on.

Arduino boards are not the only devices supported, as you can also give Edge Impulse a try on the following hardware platforms:

You’ll find documentation to get started on the official website. There’s also one community device currently supported: Wio Terminal with SAMD51 Cortex-M4 microcontroller. Seeed Studio made a fun demo which brought me to write about Edge Impulse. 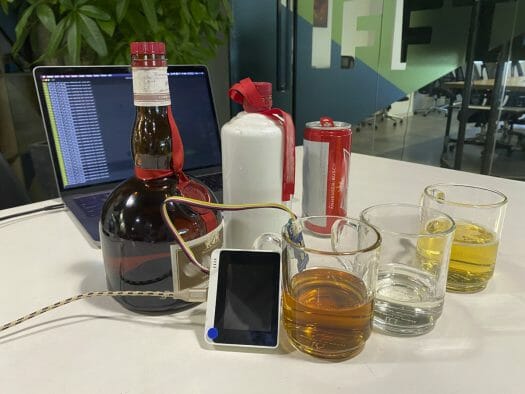 They connected a gas sensor to Wio Terminal with the help of Edge Impulse were able to determine different types of alcohol beverages (beer, Maotai, and another liqueur) using the composition of the gas. This is all explained in their post and involves Node.js, the Arduino CLI, the Edge Impulse CLI, and a serial monitor.