Sonoff ZBBridge (aka Sonoff Zigbee Bridge) WiFi to Zigbee gateway was launched a few months ago for $16.90 plus shipping, and it’s now also listed on Banggood for $17.99 shipped. It allows users to control Zigbee devices connected to the gateway using the eWelink mobile app used with other Sonoff devices.

But many people like to run Tasmota firmware on their Sonoff devices since it’s open-source and provided more flexibility such as integration with Home Assitant or Domoticz. There was already support for Zigbee in Tasmota at the time but only for Texas Instruments SimpleLink CC253x Zigbee MCU’s, and Sonoff ZBBridge is made of an ESP8266 WiSoC and a Silicon Labs EFR32MG21 Gecko Series 2 Cortex-M33 Zigbee microcontroller. So I just suspected that eventually, Sonoff Zigbee Bridge could support Tasmota open-source firmware but that would take some time… 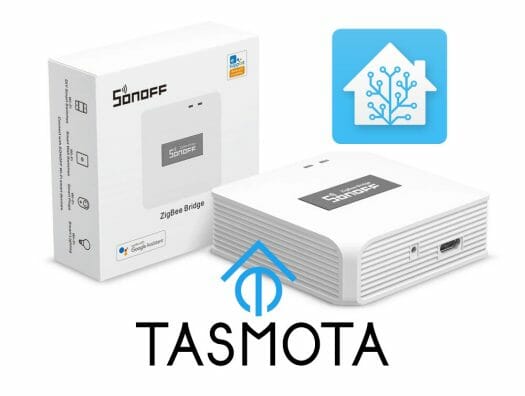 It took about four months. Not too bad. It started in the comments section on CNX Software and other places, with the most important/relevant thread on Github.

That means it’s now possible to flash Sonoff Zigbee Bridge with Tasmota ESP8266 firmware, and Gecko firmware for either Home Assistant or Zigbee2MQTT as follows:

The instructions are fairly long and look complicated since you’d have to flash two firmware files, and solder some wires. This is all explained in detail by NotEnoughTech and Digiblur on their respective website with Digiblur focusing on Home Assistant. 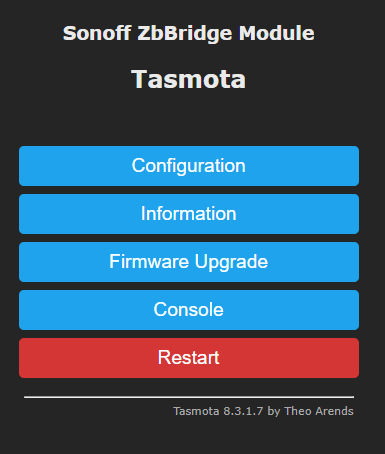 MQTT is supported through Zigbee2Tasmota by its own but Zigbee2MQTT does not yet support the EZSP serial protocol used by Silicon Labs for it Zigbee devices.

Right now I think Tasmota’s new serial bridgw is most interesting to Home Assistent ZHA users as Tasmota now make this into a very powerful remote Zigbee coordinator adapter that can be placed anywhere in your home.

I’m a happy user of the Sonoff 433Mhz Bridge in combination with Tasmota + Openhab, thinking on adding Zigbee support to my config. Which of the Gecko firmwares should I take?

I flashed the Sonoff Zigbee Bridge with Tasmota, surprisingly, after flashing it’s not working with most of Sonoff Zigbee devices