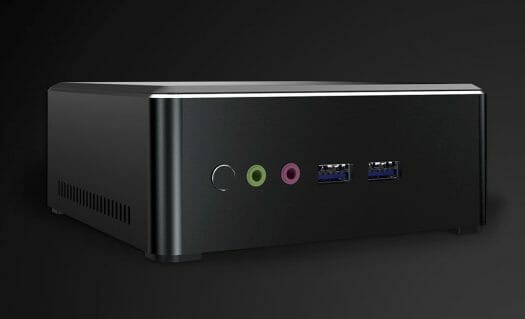 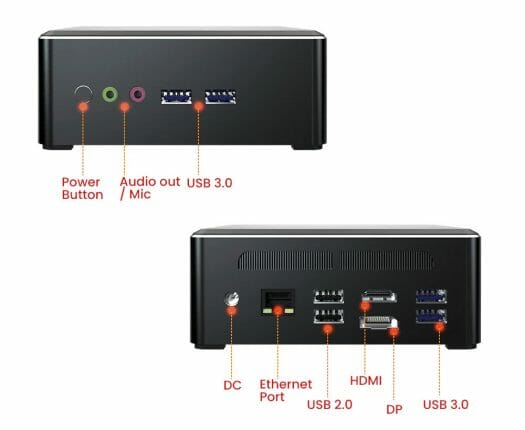 The mini PC appears to be actively cooled based on the ventilation holes on the photo, ships pre-loaded with Windows 10 64-bit, and a power adapter and power cord.

Right now, I can only find T-bao MN22 on GeatBest where it is sold for $368 with 8GB RAM and 128GB NVMe SSD,  $538 in 8GB/512GB configuration, and $588 with 16GB RAM, and a 512GB SSD. You may want to change plug type if it shows “discontinued”. I’d expect the mini PC to soon show up on Aliexpress and other websites, but the price seems probably right, as this type of mini PC competes against Intel Whiskey Lake systems. [Update: T-bao MN25 with AMD Ryzen 5 2500U processor has been around for a while, and is cheaper for $350 on Banggood]

Probably the lower spec version of this one https://www.youtube.com/watch?v=2Oq-Ag28MwE which is also cheaper.

Too expensive, not worth it. Ryzen NUC’s should be availabe for around $200+ or there won’t be any significant changes in that PC range ever. People want mini computers to do specific tasks, not general use like a complete PC, and ARM can’t cover many needs, so x86 needs to cover them, but not with shitty Cherry Trail or Celeron CPU’s. A Ryzen paired with 4GB of RAM and a M2 or NVMe interface should suffice 99% of the needs, along with media streamers/players or retro game boxes / steam boxes. Stop thinking about using Windows and make it even… Read more »

Yes, the price is clearly nonsense.

I think AMD could be better positioned in this space as Renoir (which is cheap to make) falls in price and they release Van Gogh APUs likely targeting a 9 Watt TDP.

I am always wondering how such mini computers would cope with compiling for example after Gentoo or with an Armbian compilation. CPU 100% for a longer time and what? We have a speed drop under load. PSU goes trail from load? Inside a small case 100 degrees Celsius?