The Release of the IB918 SBC

The IBASE Technology Inc has released its IB918 3.5″ disk sized SBC, based on the AMD Ryzen V1000 or R1000 SoC with several different options for the base chip system. The new computers can support Windows or Ubuntu and offer several different core options. 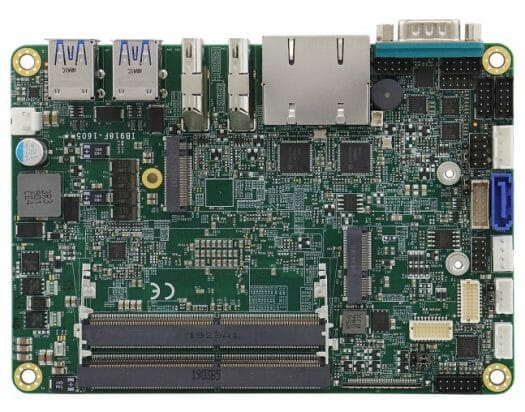 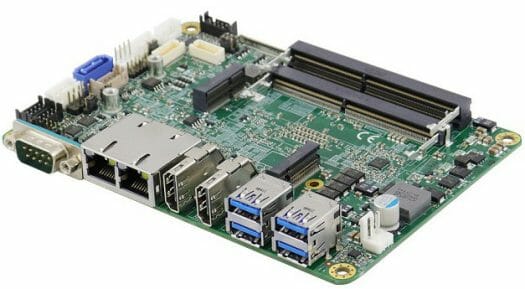 The board supports 4 simultaneous 4K displays through 2 HDMI ports, eDP and LVDS, as well as 2x GbE 2.0  and storage options include a SATA III port, and an M.2 NVMe socket.  The supports offer a choice in which SoC can be loaded, either the Ryzen Embedded R1000 SoC or the already marketed and more powerful V1000 which supports both Ubuntu and Windows.

The Release of IB918

Although the IB918 was featured at the beginning of 2019, the release of the SBC coincided with the release of the AMD Ryzen Embedded R1000 SoC.  With this announcement, the company revealed that the IB918 SBC could also support the V1000 SoC, with support for both Ubuntu and Windows.

There are several options to choose from, including quad-core V1605B, the dual-core V1202B, R1606G, and R1505G. Beside the different maximum frequencies and TDP range, all these options are relatively similar, with Zen CPU and the Vega 3 GPU. 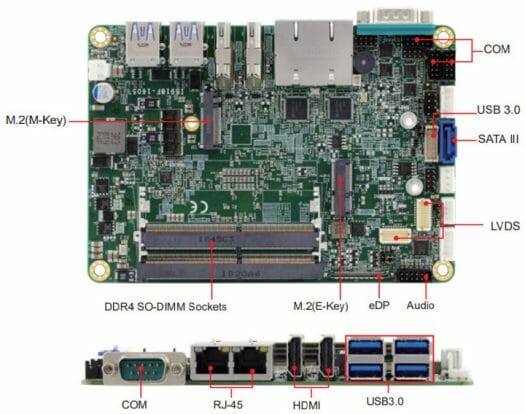 The pricing and shipping are not presented but the unit price can be quoted immediately. See the announcement and product listing for further information about this Ryzen Embedded SBC.

Some of the information in this article was also found in the LinuxGizmos.com article.

There is a separate SATA connector and the M.2 socket seems to be NVMe according to the product page.

Interesting looking boards mind, I just wish that on these higher end devices we could see more than 1 SATA port

“ATX (Advanced Technology eXtended) is a motherboard and power supply configuration specification developed by Intel in 1995 to improve on previous de facto standards like the AT design.”

Yes one could call them “xpuboards?” (cpu/gpu/npu), but where’s the power connector (and it’s obviously no ATX 2.4 compatible one, if it’s the one left of USB connectors).

That does seem very impressive.
If I’d replace my pc, I’d think about something like this.
Tho my pc has already been replaced by my arm-sbc’s.
I guess this would again consume a lot more than my lovely ARM boards.
Great article, thank you.

Signage, industrial from iBase. Expect pricing around $400+. They also have a mini-itx model from earlier this year with NVMe x2 and a PCIe x16 (x8 signal) plus plenty of NICs, video ports and serial ports. It was closer to $500. The big difference between the V1000 and R1000 CPU series is that the former brings 16 PCIe lanes and the latter only 8. So depending on what is onboard, some features might be cut down with the R1000. The only way to know is to read the datasheet or user manual if downloadable. Like all industrial boards it is… Read more »