The board also supports GPS, Galileo, Beidou, and GLONASS navigation systems thanks to a Maxim Integrated MAX2769 GNSS chip. 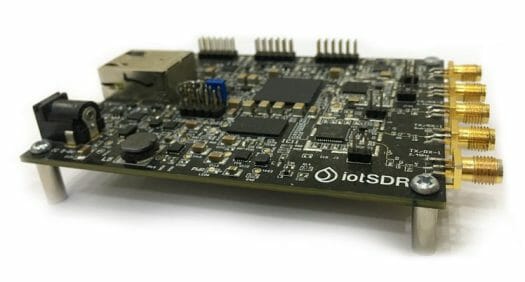 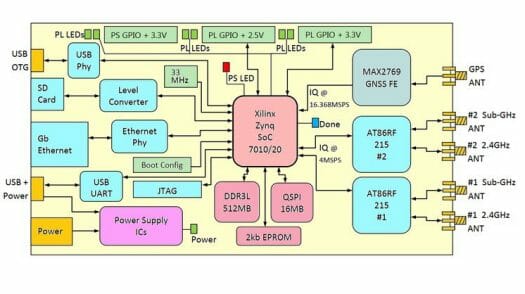 The main difference between iotSDR and other SDR boards like LimeSDR or HackRF One is that the former focuses specifically on ISM bands (sub-GHz and 2.4 GHz) design for IoT applications while other boards usually offer a much larger tuning band. iotSDR is also the only board to run Linux from the list of boards in the comparison above.

The company promises the board will eventually be fully open-source with the FPGA HDL code and hardware & software design documents pushed to a GitHub repository before shipping to backers.

iotSDR board has just launched on Crowd Supply for $399 with Zynq-7010 FPGA Arm SoC, and $599 with Zynq-7020. This does not include accessories like antennas and cables that you’d either have to purchase separately or for $99 on the crowdfunding page. Shipping is free to the US and $10 to the rest of the world with the company planning to start shipping at the end of January 2021.

Was thinking about the same once I realised it’s really an SDR and not just a nrf24l01 style of thing.

Would love to see a simple, cheap usb key shaped version, else I guess a Pluto SDR would be more interesting

iotSDR features Gb Ethernet and dual Transceivers chips. It gives an option for 7020 as well.

It is probably the only project on Zynq, that has implemented the google RPC for remote configuration and data streaming.