Manufactured with a 10nm process, the new processors are said to deliver up to 2.7x faster content creation (Photo Editing), more than 20% faster office productivity in Office 365, and more than 2x faster gaming plus streaming when comparing an Intel Core i7-1185G7 processor to AMD Ryzen 7 4800U. 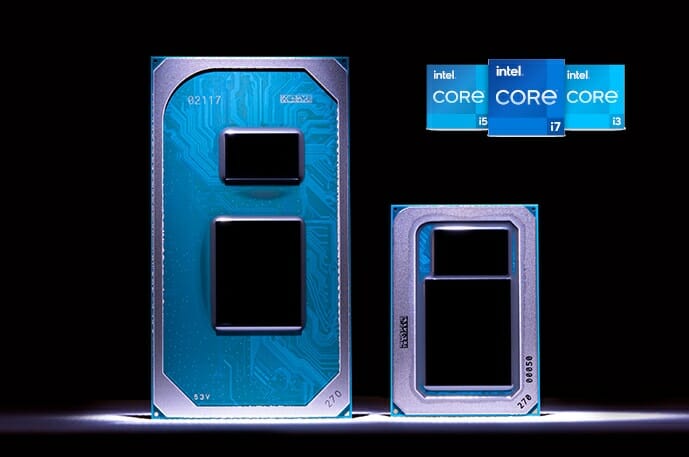 The new Intel Iris Xe graphics comes with up to 96 EUs and up to 16MB of L3 cache, and Intel claims it outperforms 90% of the discrete graphics usually paired with U-series processors.

Let’s check out the 7-15W processors announced by the company.

Again we have one dual-core/quad-thread processor, and all others are quad-core/octa-thread chips.

Intel also announced the Intel Evo reference design based on Tiger Lake Core processors with Intel Iris Xe graphics and complying with the second edition specification of Project Athena that includes requirements such as at least 9-hour battery life on laptops with Full HD display, system wake from sleep in less than 1 second, and fast charging with up to a four-hour charge in under 30 minutes.

More than 20 verified designs should launch this year, but eventually, the company expects more than 150 Tiger Lake designs from Acer, Asus, Dell, Dynabook, HP, Lenovo, LG, MSI, Razer, Samsung, and other companies. Some of those companies have wasted no time and unveiled their new product(s) as soon as the embargo was lifted. This includes 19 models from Acer, the 2020 Asus ZenBook Flip S, Lenovo Yoga 9i, Samsung Galaxy Book Flex 5G, and others.

Some of those laptops will become available in October, but AFAIK no companies have announced pricing yet. Since Tiger Lake succeeds Ice Lake,  those processors won’t be found in laptops worth a couple of hundred dollars and price should range from around $500 to over $1,000 depending on the configuration to compete with similar AMD Ryzen 4000U laptops or mini PCs.

More details can be found in the announcement and on Ark where you’ll notice some of the processors are marked as “Launched” while other are simply “Announced”.

This sounds more like an excuse for a manager to expense a new laptop than a benchmark to be honest.

I’m looking forward to see the benchmarks but couldnt they made a 6 core version?

A lot of people will buy it because it is Intel, but a lot people too will want to buy AMD just because it has more cores