Amlogic has plenty of variants to its S905 processors, and so far I had never heard about Amlogic S905L2 processor that can be found in some Android 9.0 TV boxes sold for a little over $20 including shipping. [Update: I’ve been informed people are not getting boxes with S905L2, but just S905L, nor the advertised amount of memory or storage, notably from Shop5779464]

There are only two such TV boxes listed with the quad-core Cortex-A53 processor so far, and they are basically the same X7 model except for different storage and memory configuration. 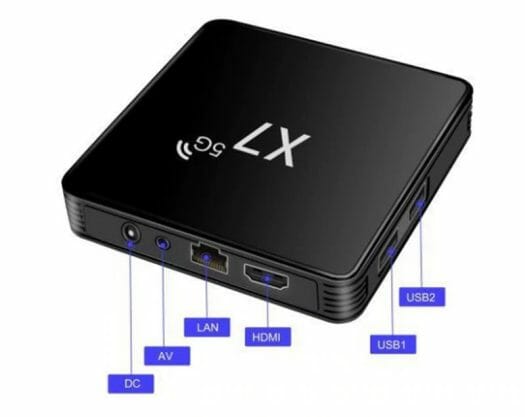 The device ships with a power adapter, an IR remote control, an HDMI cable, and a user manual. It’s quite hard to find any info about S905L2 processor, but it should be similar to the Amlogic S905L processor found in some Xiaomi TV boxes which explains why VP9 is not listed as a codec. One of the differences could be that while S905L supports only up to 2GB RAM, S905L2 can handle up to 4GB.

While S905L2 is mostly new to “The Internet”, some financial document shows a significant number of S905L and S905L2 processors were sold to Skyworth (创维) in 2018, as well as other companies. There’s also an S905L2-B processor likely with a Dolby Audio licenses.

Its more interessting which is the best S905X3 Box in Price/Performance/Quality. Its a complete jungle out there. Maybe a Top10 Comparsion has benefits because of wide spreaded search volume 😉

Such tests are already done on YouTube by many people.

So you claimed your money back through Aliexpress ?

They gave me a 10.45 “partial refund”.
Ali wouldnt except my claim that it was counterfeit. Photos mean nothing to them. The fact that the seller/supplier had gone out of their way to deceive the customer didnt matter. The settings and what not would report 4 gig but all the apps knew it was only 1 gig and 4gig storage.
Ali’s “buyer protection” is a lie and “partial refunds” are the biggest scam going right now. Chinese business are all face and no honor.

I can confirm – only 1GB ram is useful, but 4GB installed????. I think 8GB ROM is useful. Soc S905W speed reduced to only 1GHZ- p281 boards. Android 7, not 9. Some programs report a mess information about amount RAM and ROM. S905W can handle only 2GB RAM and 16GB ROM. Typical cheanease fake device. Works very slowly almost useless….S905L does not provide Ethernet, only wifi. In my opinion S905L2 is a fake information. That chip does not exist.