The Raspberry Pi Foundation has just introduced the Raspberry Pi 400 keyboard computer with the guts of Raspberry Pi 4 SBC, 4GB RAM, and a 78-key keyboard. I got a sample courtesy of Cytron, so before we test the device in more detail, I decided to have a look at the internals with a teardown.

Raspberry Pi 400 keyboard PC can easily and safely be opened with an old credit card or other hard cards – I used a card holding a SIM card – that you can swipe between the pink case and the white keyboard to pop out the keyboard. 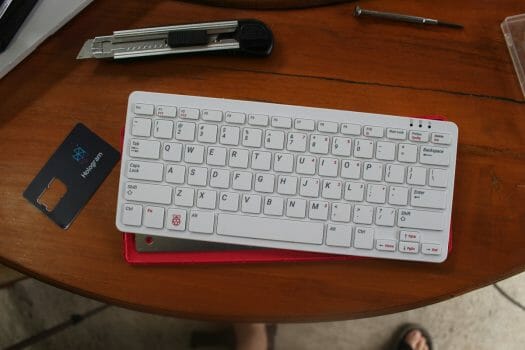 The keyboard is attached to the mainboard with a flat cable, so we can lift the black part of the connector to take it out, and this will reveal the large heat spreader (metal plate) that, as we’ll soon see, is the secret sauce to keep the computer perform smoothly at all conditions, and enables the higher 1.8 GHz frequency. 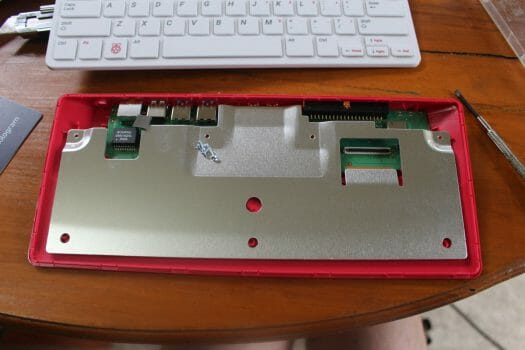 The heat spreader is attached to the case with four screws. I had to loosen those and pull out the metal plate. Note it’s only in connection with Broadcom BCM2711C0 via a thermal pad, and does not come that easily, not that anyone else would want to teardown Raspberry Pi 400.

There’s no Raspberry Pi 4 SBC nor Compute Module 4 inside, and instead, Raspberry Pi 400 “motherboard” is a wide single board computer designed from the ground up. 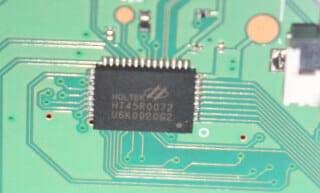 Besides the Broadcom BCM2711C0 processor, it comes with many of the same components such as the VL805 PCIe to USB controller, BCM54213PE Gigabit Ethernet transceiver, MxL7704 PMIC, and the same Cypress WiFi 5 and Bluetooth 5.0 wireless module. The only new main chips that I could find is a Holtek HT45R0072 8-bit MCU with a USB interface to handle the keyboard.

While the mainboard and casing are clearly marked as made in the UK, the keyboard has a  “USA” sticker that probably refers to the keyboard layout instead of the place of manufacturing since the sticker is both in English and Chinese. 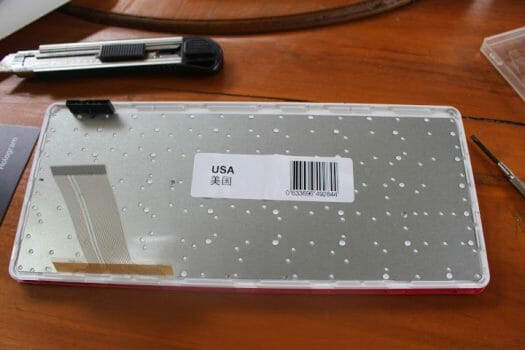 What may look like a small female header on the top left is instead a conduit for the LEDs.

I’d like to thank Cytron for sending Raspberry Pi 400 for review.

Interesting that there’s Bourns SM51625EL transformer on board but specification doesn’t mention about PoE.

Doesn’t seem to be connected to the PMU though.

What type of connector is that for the keyboard’s Flexible Flat Cable? Anyone know where to find the same adapter to make a breakout adapter so can mod the Raspberry Pi 400 board into the chassis of an older computer with integrated keyboard such as a Commodore 64, Amiga 500, and Amiga 1200?

I like this idea, but sadly I’m in the situation where a lot of people is, if we don’t get a layout in our language that’s a no-no, and in my case the layout needs to be spanish. I also don’t like to put stickers, so…:(

It is available with spanish keyboard layout! 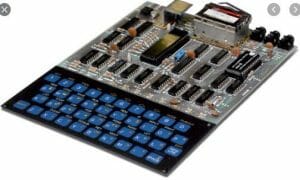 Not really if you’ve gone through the Sinclair code, more specifically its video…