We’ve seen some pretty interesting boards for hardware hackers and reverse engineers in recent months with the likes of Ollie and Tigard USB debug boards that allow interfacing various hardware interfaces and/or flashing firmware to different types of target boards.

Here’s another one: Glasgow Interface Explorer. Based on Lattice Semi iCE40 FPGA, the board is described as being “designed for hardware designers, reverse engineers, digital archivists, electronics hobbyists, and anyone else who wants to communicate with a wide selection of digital devices with minimum hassle”. 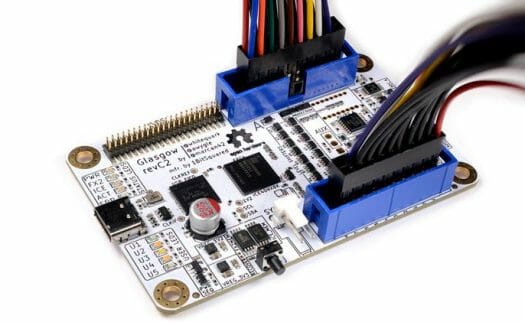 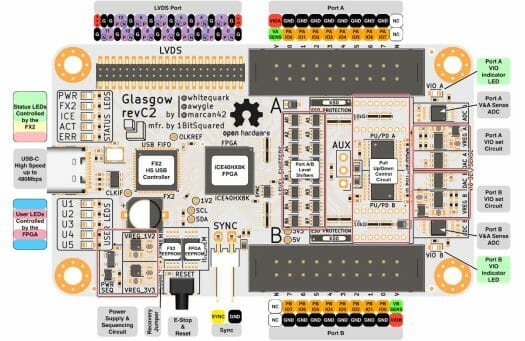 As we’ve seen with other iCE40 boards, the FPGA can be programmed with various open-source FPGA tools including Yosys, nextpnr, and icestorm. 1BitSquared, the company behind the project, is using those projects together with nMigen to provide an easy-to-use Python API for the board:

So the high-level software/hardware architecture of the systems looks as follows.

You’ll find everything you need on Github including hardware design files, firmware, software and documentation. Since the board is based on an FPGA, it is highly flexible, and the list of thing you could do with the board is pretty long:

Glasgow Interface Explorer has just launched on Crowd Supply where you can pledge $139 to get the latest RevC revision of the board together with a full set of flywire, sync, and USB-C cables. There’s also an optional CNC-milled and anodized aluminum case that adds $50. Shipping is free to the US and will depend on weight and destination for other countries. Shipping is scheduled for May 31, 2021. 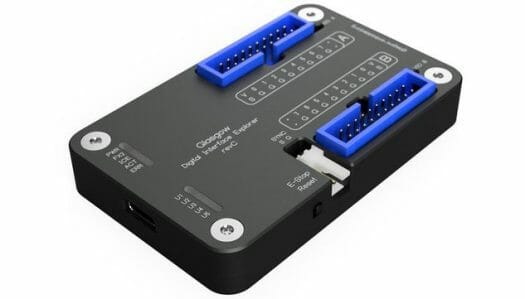 I’ve been watching this for a while and was really looking forward to it but the waifu on the silkscreen ruined it for me.

Put it in a case, and move on?

You would always know it’s there. Like that Chinese tattoo you got when drunk that you thought said “Super love machine” and actually says something not so nice.

I can see it now. It’s on the back of the board. What does it actually say?

“Can do anything, can become anything”

A Waifu is an illustrated female character from an anime or any non-live action media in which an individual becomes sexually attracted to.

Informative as ever. What I want to know is why they don’t put waifus into TV boxes already.

What’s wrong with a waifu?

Whats right with a waifu?