NewAE Technology’s ChipWhisperer-Husky is a compact tool designed for side-channel power analysis and fault injection with features such as a high-speed logic analyzer used to visualize glitches, real-time data streaming for attacking asymmetric algorithms, and support for JTAG/SWD programming. The security research company explains its device delivers a more stable and reliable experience compared to other off-the-shelf test gear such as oscilloscopes and function generators thanks to features such as synchronous sampling, which means the sample clock of your target device and the sample clock of ChipWhisperer-Husky can be perfectly aligned, or the ability to generate glitches, including clock glitches that can be less than a  nanosecond wide.   ChipWhisperer-Husky key features and hardware specifications: Synchronous clock for capture board and target board for significantly improved performance over a typical asynchronous oscilloscope setup 12-bit 200MS/s ADC for capturing power traces – It can be clocked at both the same clock […] 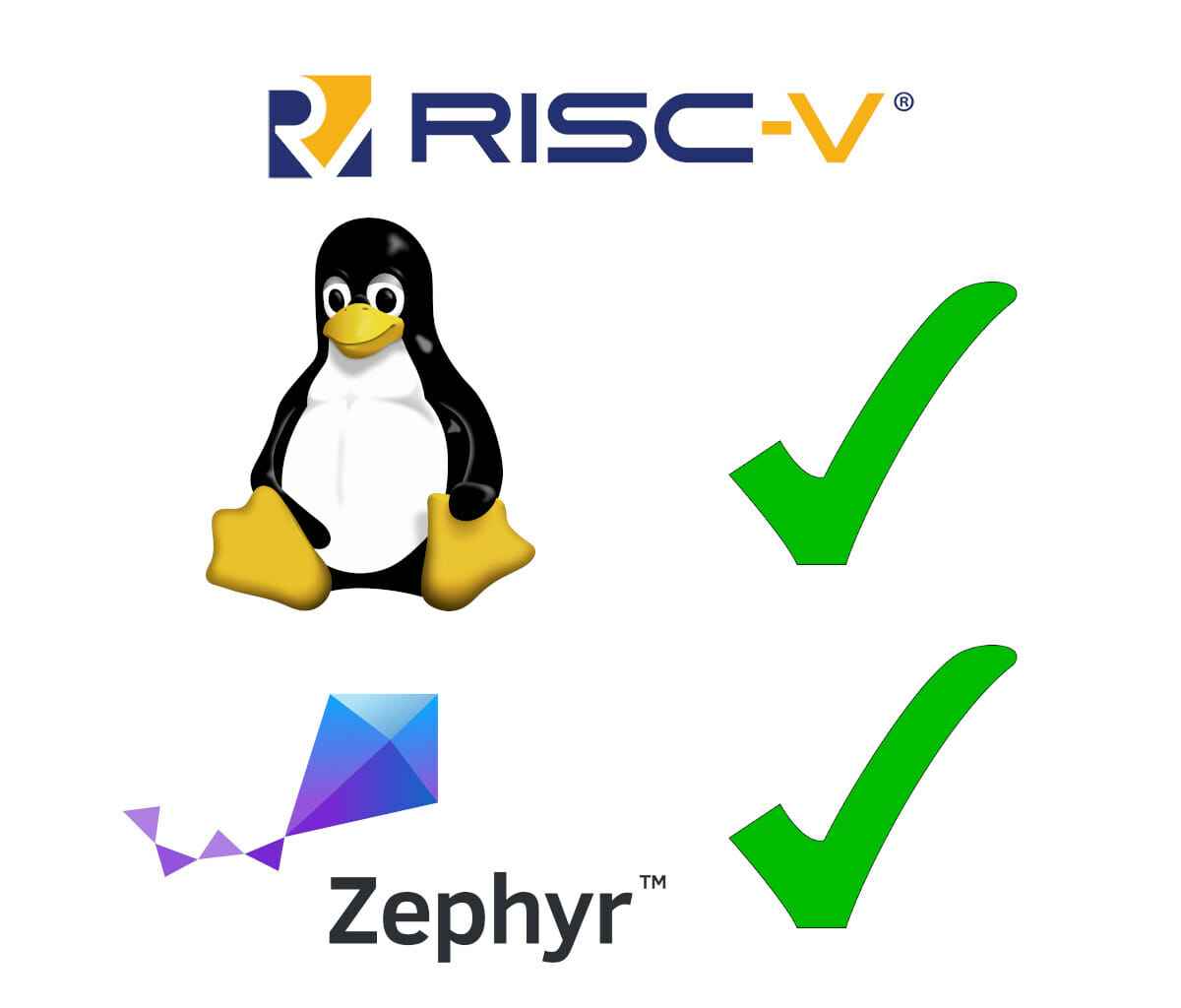 The RISC-V platform specification aims to define a set of rules to make sure operating systems like Linux or the Zephyr Project can boot properly on all RISC-V hardware compliant with the specs. If you’ve ever worked with the Arm Linux kernel over ten years ago, you may remember board files, which were replaced by device tree bindings, and eventually, Arm defined several standards culminating with Arm SystemReady certifications allowing compliant Arm platforms to boot off-the-shelf OS images like in the x86 world. While we are probably a long way from a “RISC-V SystemReady” platform certification program, the RISC-V platform specification is currently being worked on to define requirements for two types of platforms with optional extensions: OS-A Platform: This specifies a rich-OS platform for Linux/FreeBSD/Windows…​flavors that run on enterprise and embedded class application processors. Current extension: Server Extension M Platform – This specifies an RTOS platform for bare-metal applications […] 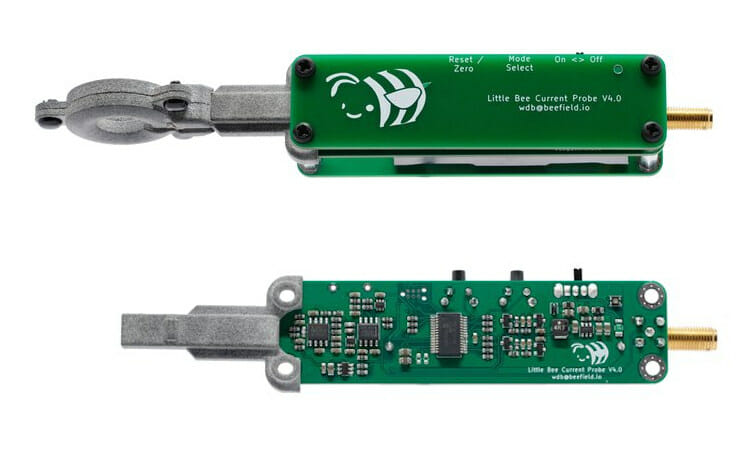 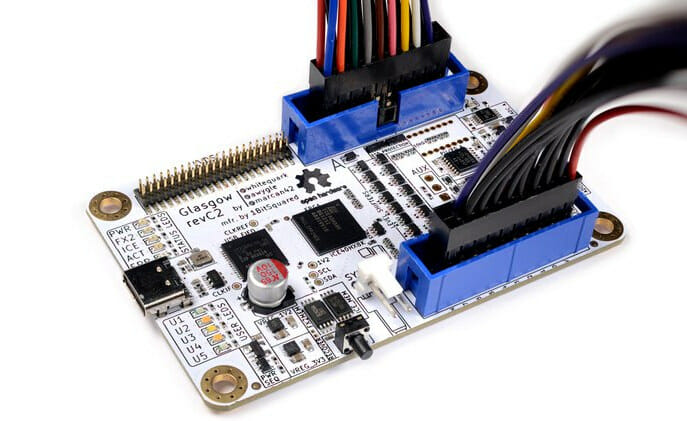 We’ve seen some pretty interesting boards for hardware hackers and reverse engineers in recent months with the likes of Ollie and Tigard USB debug boards that allow interfacing various hardware interfaces and/or flashing firmware to different types of target boards. Here’s another one: Glasgow Interface Explorer. Based on Lattice Semi iCE40 FPGA, the board is described as being “designed for hardware designers, reverse engineers, digital archivists, electronics hobbyists, and anyone else who wants to communicate with a wide selection of digital devices with minimum hassle”. Glasgow Interface Explorer specifications: FPGA – Lattice Semiconductor iCE40HX8K FPGA USB – 1x USB-C port connected to FX2 high-speed USB interface capable of 480 Mbps throughput I/O headers 2x 8-channel I/O banks with 16 highly flexible I/O Each I/O bank comes with A dedicated programmable linear voltage regulator, configurable from 1.8 V to 5 V and providing up to 150 mA of power A dedicated […] 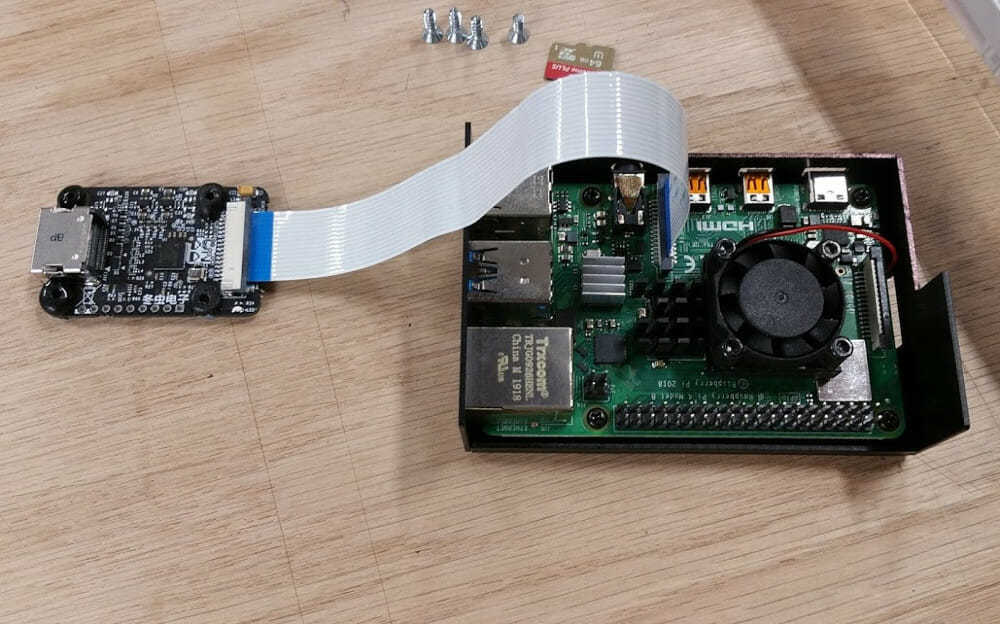 Traditional IP-KVM systems may cost you hundreds of dollars. DIY Pi KVM over IP is a very simple and fully functional Raspberry Pi-based KVM over IP that you can make yourself. If you do not know what IP-KVM is, it stands for keyboard, video, and mouse. It allows you to connect to a computer or a server remotely. With this, you can fix problems such as configuring the BIOS or reinstalling the OS using a virtual CD-ROM or flash drive. You can see the v2 example implementation in the above image. Pi-KVM v0 and v2 are ready-made images available for download for Raspberry Pi. You will find all the required hardware in the “Getting Started” section for the v0 and v2 platform for Raspberry Pi. In the figure below you can see the B101 HDMI-to-CSI bridge connected to the Raspberry Pi. The team is working to launch the v3 board […] 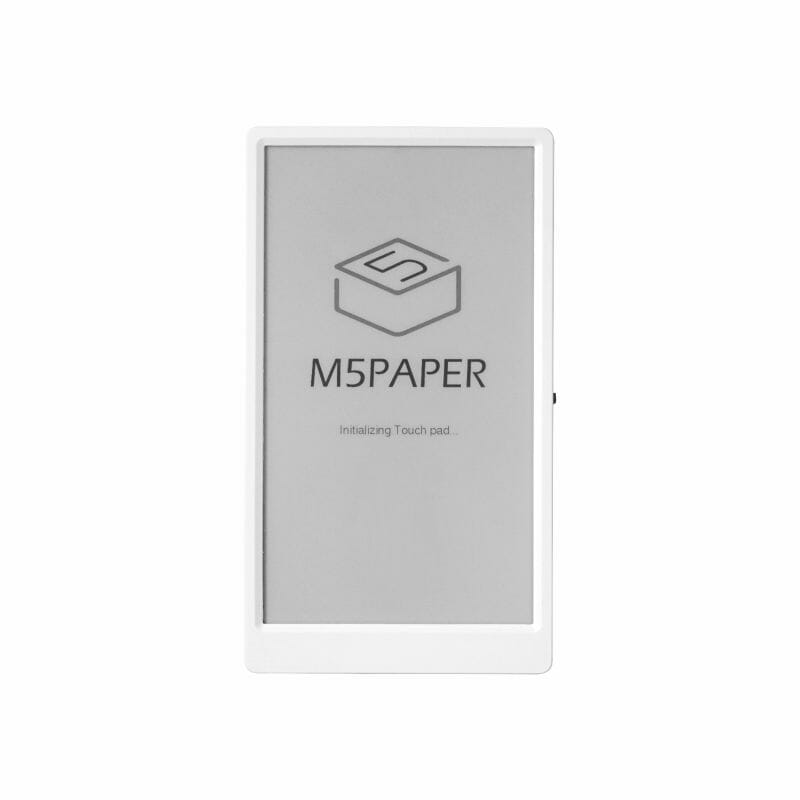 M5Stack has just launched its unique and latest core device with a touchscreen e-Ink display. M5Paper ESP32 IoT Development Kit is a fully programmable microcontroller-based platform that can be an ideal choice for your IoT applications. This low-power device could suit such purposes as an industrial controller or smart weather display. The M5Paper comes with the ESP32-D0WD, the same chip that has powered M5Stack Core2. The e-Ink display supports 16-level grayscale, which provides a great reading experience. The display is a GT911 capacitive touch screen that supports multipoint touch and a variety of gesture controls. M5Paper ESP32 IoT Development Kit Specifications SoC – Espressif ESP32-D0WDQ6-V3 dual-core clocked at 240MHz with 520KB SRAM, Wi-Fi, dual-mode Bluetooth connectivity. Memory/storage – 16 MB of flash memory along with 8 MB of PSRAM. Antenna – 2.4GHz 3D antenna. Display – GT911 capacitive touch screen with 960×540 resolution (IT8951 driver) along with 4.7″ e-Ink display, […] 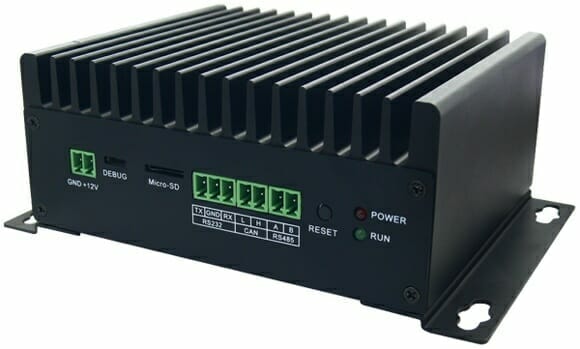 Back in July of this year (2020), MYRI technology announced the MYIR’s FZ3 deep learning accelerator card powered by the Xilinx Zynq UltraScale+ ZU3EG Arm FPGA MPSoC and it is capable of delivering up to 1.2TOPS computing power. With only a few months since that launch, MYRI technology is now announcing another two related sets of products – FZ5 EdgeBoard AI Box and the FZ5 Card. The FZ5 EdgeBoard AI Box is an AI-focused computing platform that is based on the FZ5 AI Accelerator card which is an upgrade of the FZ3 card. The FZ5 looks more like a single board computer than an actual computing card. The FZ5 accelerator is powered by the Xilinx Zynq UltraScale+ ZU5EV MPSoC which features a 1.5 GHz quad-core Arm Cortex-A53 64-bit application processor, a 600MHz dual-core real-time Arm Cortex-R5 processor, a Mali400 embedded GPU and is capable of delivering up to 2.4 TFLOPS as compared […] 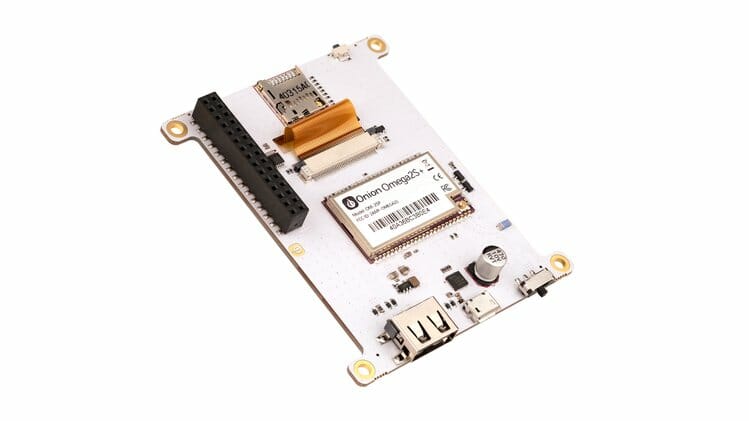 Onion, the team behind the Omega2 series self-styled computing modules has launched the Omega2 Dash a self-contained Omega2S module with a touchscreen. Unlike some modules integrating with a display that mostly comes in the form of a HAT (in the case of Raspberry Pi), USB, HDMI, or some unique data lines. The Omega2 Dash is a stand-alone 3.2″ TFT touchscreen display running a Linux OS, comes with a Micro USB, and boots in less than a minute, thanks to the Omega2S module attached to the back of the display screen. The Omega2S is the latest in the series of computing modules from Onion after succeeding the Omega2+.  Targeted to the IoT industry in its 24x20x2.8mm form factor, the Omega2S was designed for mass production and people interested in integrating IoT solutions into their products. Integrating a display to the Omega2S will be tricky. It will require investing in a custom […]