The Internet of Things has many applications including smart agriculture . A few months ago, I talked to a local shrimp farm owner who used Arduino and ESP8266 boards to monitor water and activate pumps only when needed to get shrimps healthy and save on his electricity bill.

He built his own solutions, but there are also companies offering easy-to-use smart farming solutions such as Malaysia-based Wondernica’s Agromon “interface wireless transmitter” designed specifically for smart agriculture applications. 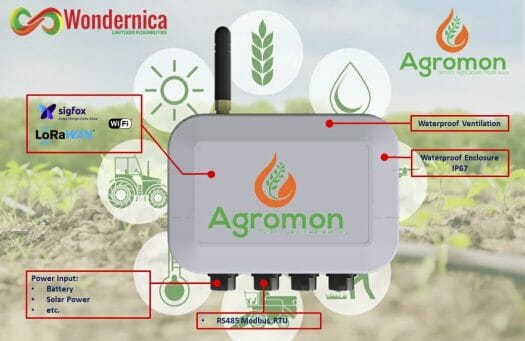 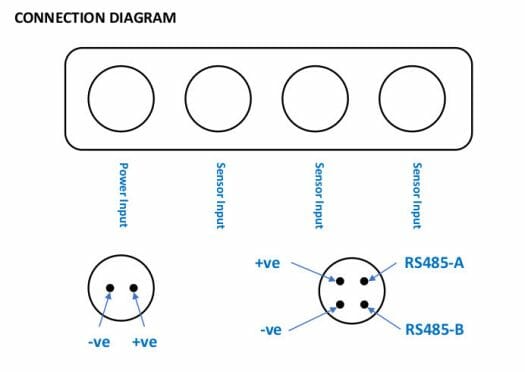 Agromon transmitter is powered by an an ESP32-WROOM-32 WiFi (and Bluetooth) module according to a recent post on Espressif Systems. WiFi connectivity would typically be used in a green house, and LPWAN standards like Sigfox, LoRaWAN or NB-IoT in the field where longer range, and solar/battery power are usually necessary.

Windernica also offers accessories to power the solution including a waterproof 6,600 mAh battery pack, and a solar power system with 30W panel and charge controller.

Sadly there’s no clear information about software, but I suppose farmers would just use the dashboard from their gateway and network provided to gather data in the cloud as needed.

More information may be found on the product page.