Since Arduino plans to launch its own Raspberry Pi RP2040 based board with Arduino Nano RP2040 Connect, one would have expected software support for the Arduino IDE would have come from the company itself. 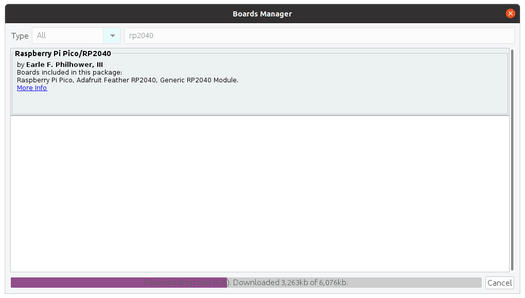 You’ll need the Arduino IDE 1.8.x or the beta version of Arduino IDE 2.0, and add the following Boards Manager URL in order to get started:

We can then install “Raspberry Pi Pico/RP2020” via the board manager as shown in the top screenshot. 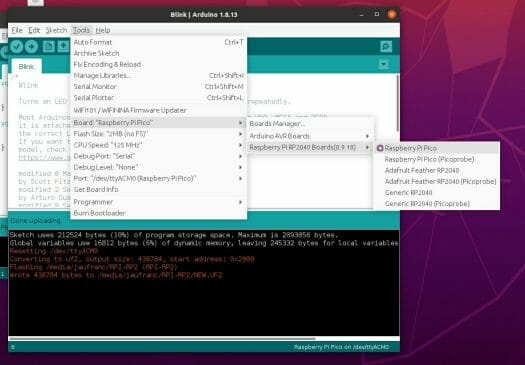 After that, I connected a Raspberry Pi Pico board, or more exactly Maker Pi Pico, and selected Raspberry Pi Pico in the Arduino IDE, as well as the serial port (“/dev/ttyACM0”), loaded the Blink sample, clicked on the Upload button, and within a few seconds, I had the LED blink on the board. It’s just that simple.

I tested in Ubuntu 20.04, but if you need more detailed instructions for Windows, check out Tom’s Hardware post.