The Raspberry Pi Pico officially board for RP2040 MCU has a lot of free space on the PCB. So when third parties made their own board they either added features like camera, display, and sensors as found on like on Arducam Pico4ML board, while others “cut the fat” to the minimum.

Some of the tiniest Raspberry Pi RP2040 boards are Pimoroni Tiny 2040 & Adafruit QT Py RP2040, both of which come with the dual-core Cortex-M0+ MCU, a USB-C port, two buttons, some I/O ports, and not much else. 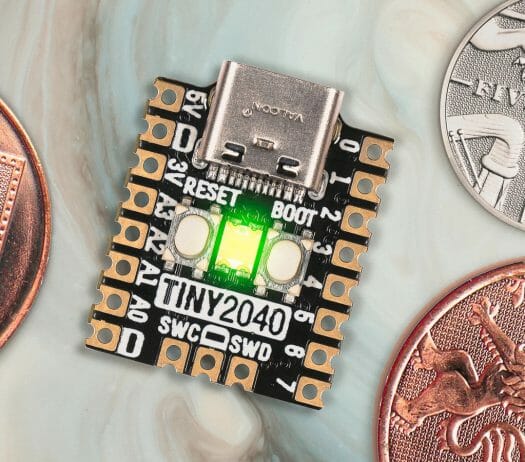 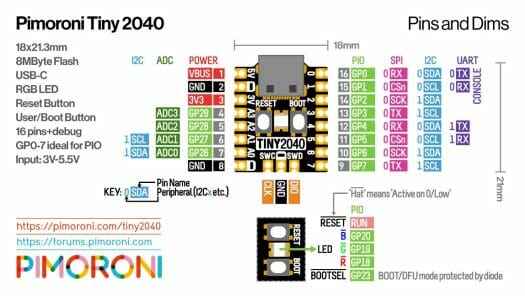 The small size makes it suitable for portable projects, wearables, or to be embedded into any devices with space or weight constraints. The castellated holes facilitate the latter as they make it easy to solder the board on your own baseboard.

Besides its small size, it also comes with four times more storage than the Raspberry Pi Pico. It can be programmed with MicroPython, CircuitPython, the C SDK, just like any other RP2040 boards. 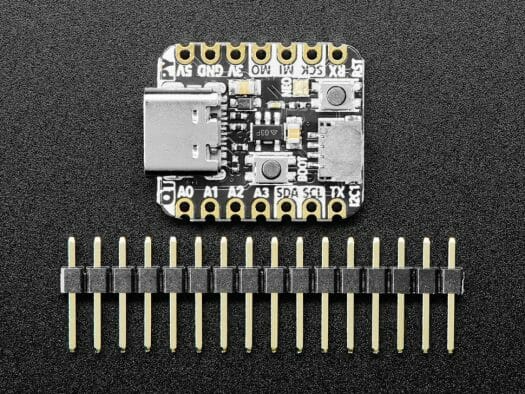 The Adafruit QT Py RP2040 board is fairly similar to the Tiny 2040, but does offer a slightly different set of features: 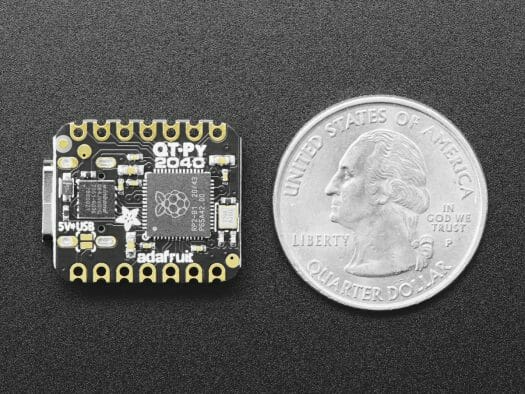 If the board has been designed to follow the Seeeduino XIAO form factor, and the company recommends MicroPython or CircuitPython programming. The main difference with Tiny 2040 is with regards to I/O, as QT Py RP2040 offers fewer I/O, but does add a QT I2C connector.

The Adafruit board sells for $9.95 when it’s in stock. I’m writing this article because I subscribed to get notified at launch. The board was in stock yesterday, but those little boards appear to be quite popular despite competition from the likes of ESP8266 or STM32, and the board is now out of stock. I noticed the company would also only sell a maximum of two boards to customers.

Even smaller! Meet the RP2040 Stamp

As a bonus item, if you’d like a small RP2040 board without USB, which I would technically call a “module”, Solder Party (Arturo182) is working on the RP2040 Stamp that will ship with 16MB flash, the maximum supported by the MCU. It’s just not available yet. 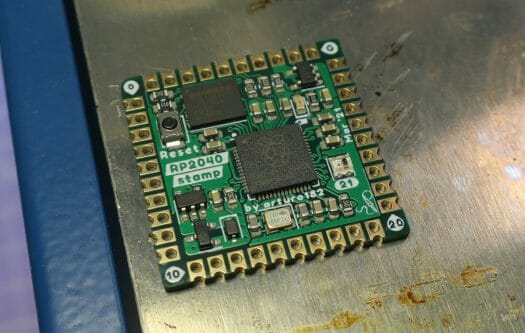