If you prefer a fanless model but would rather not purchase a model from a little-known company, there will soon be another option with GIGABYTE GB-BMCE-4500C mini PC equipped 6W dual-core Celeron N4500 Jasper Lake SoC, support for up to 16GB RAM, an NVMe/SATA M.2 drive, one 2.5-inch SATA drive, as well as dual 4K video output via HDMI and miniDP ports. 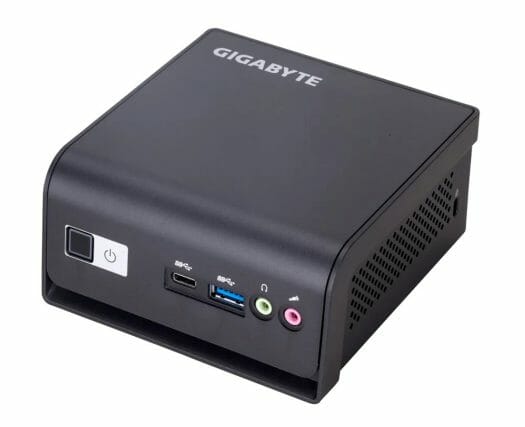 The mini PC will ship with 75x75mm and 100x100m VESA mounting brackets, and according to FanlessTech, will be sold barebone in a few weeks for 159 Euros, meaning you’d need to add the memory, storage, and operating system to get a complete system. The company expects the mini PC to be used for IoT applications, as a desktop computer, a 4K HTPC, a digital signage, and/or  an entry-level system for education.

Liliputing also pointed out there are two other similar actively cooled models with GB-BMC-5105 and GB-BMPD-6005 equipped with respectively the 10W Intel Celeron N5105 and Pentium Silver N6005 processors, that were announced in a recent press release together with GIGABYTE GB-BMCE-4500C fanless mini PC. 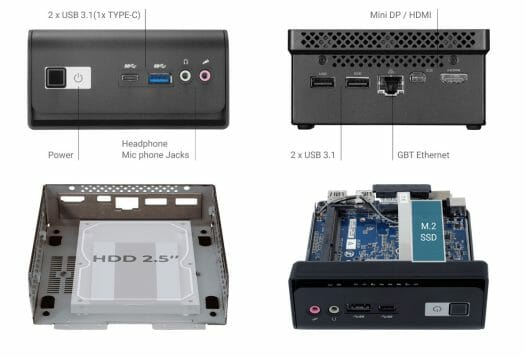 More details may be found on the product page.

I am happy with my passively cooled Gigabyte BRIX i3 8GB RAM, M.2 plus SATA SSD. Easily manages tropical temperatures.

i3 Generation? And what about the price? What I know is BRIX is pricier than intel NUC.

Does anyone know if a Linux distribution like Ubuntu works on the device?

Jasper Lake is known to work. Wrt this specific box simply do a web search for ‘GB-BMCE-4500C linux’ and you’ll end up for example here. If it’s listed on a company’s website specialised in Linux and *BSD then most probably everything works with Linux.

It works fine with Ubuntu 2020.04.3. Only small issue I had was finding the best driver for the built in WLAN (Realtek RTL 8812 CE). Ubuntu will find a working driver. But look here. They develop WLAN sticks for Linux-OS on a RTL 8812 basis and deliver an appropriate driver. Its much better than the one Ubuntu suggests and works perfect with the build in WLAN chip.