Designed by Thailand-based Saijai Tech, MiniLink IIoT Node is an Arduino compatible board based on either an ESP32 WiFi & Bluetooth SoC or an unnamed Microchip Cortex-M0+ microcontroller designed for Smart Agriculture or industrial applications (e.g. PLC controllers).

The board includes an RS485 interface for sensors or actuators,  an ACER-branded LoRa module, and expansion headers to add an extra wireless module with either LoRa PtP  (P2P, Point-to-Point), NB-IoT, or 3G/4G LTE & GNSS, and some of those add an extra RS485 port. 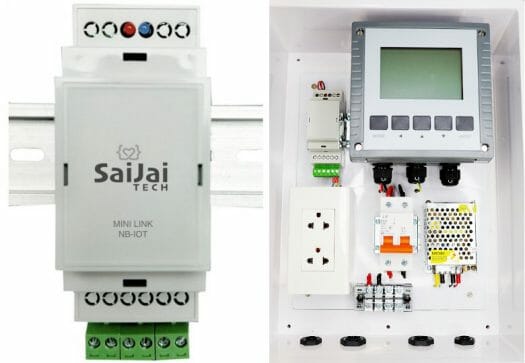 The MiniLink IIoT node board would typically be housing in a DIN rail enclosure for installing in a cabinet. The board has similar features as the M5Stack Atom DTU LoRaWAN kit (ESP32, LoRaWAN, RS485) but offers more options with four expansion boards available:

I suppose the ACER AS923 LoRaWAN module would not be soldered on the mainboard if one of those modules is inserted since this would just sit there idle (except for the LoRa PtP shield). Note that Saijai Tech focuses on the Thai market (there was no page in English until I asked last month), and at this time, they only provide hardware using frequencies working in Thailand (e.g. AS923 for LoRa), albeit some like the Quectel BC95-G NB-IoT module can already work globally where coverage is available. 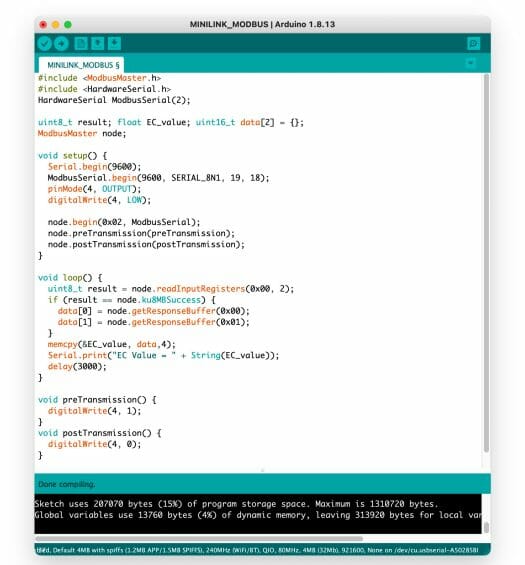 The ESP32 variant can be programmed with the Arduino IDE, the ESP-IDF framework, MicroPython, JavaScript and Lua, while the Microchip Arm Cortex-M0+ based model, or supports the Arduino IDE, MPLAB X IDE, Atmel Studio 7 IDE, and CircuitPython. The company can provide the MiniLink Arduino library to ease the programming of the board with functions to receive/send data over LoRaWAN/ LoRa Ptp, reading data from the RS485 port using the Modbus RTU protocol and more. The code does not appear public, although I found a Github repo, but that’s only for board support for Microchip SAMD21/SAMD51 based solutions from the company.